A day after Prashant Kishor held a discussion with Congress leaders Sonia Gandhi, Rahul Gandhi, and Priyanka Gandhi Vadra, speculation has intensified over whether the poll strategist will join India’s main opposition party. Sources indicate the Gandhi and Prashanth Kishore, during their talks, may have explored a formal role for the strategist in the party as it prepares big elections ahead, state and national.

The meeting sources asserted, was not about the Punjab or Uttar Pradesh polls as widely speculated, but about “something bigger”- an indication that Prashanth Kishor might be looking at a significant role in getting the Congress battle-ready for the 2024 Lok Sabha polls. 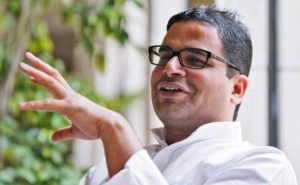 Mr. Kishor, who added the April- May Bengal and Tamil Nadu elections to his impressive portfolio of poll victories, had earlier told NDTV that he wanted to move on and was “quitting this space”. “I do not want to continue what I am doing. I have done enough. It is time for me to take a break and do something else in life. I want to quit this space,” Mr. Kishor had told NDTV in an exclusive interview in May, a day after state election results that featured big wins for his clients Mamata Banerjee and MK Stalin in Bengal and Tamil Nadu.”