Annaatthe Trailer Leak: Annaatthe is an upcoming movie by Superstar Rajinikanth. The film has been directed by director Siva. Sun Pictures is producing the film under their banner. The music and background score of this film is scored by Imman.

The production team earlier announced that the film has been going to storm the screens from this Diwali. Fans of Tamil cinema are in a happy mood after hearing the news. The teaser of the film got released and increased expectations among the fans. 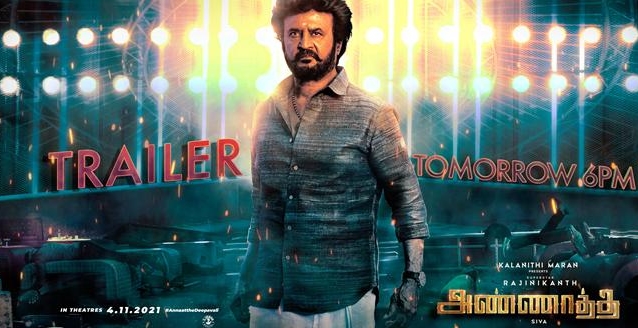 The first single from Annaatthe has released and the song was sung by late S.P.B. Second, Third, Fourth singles were also released and got huge responses from the audience. The team made an announcement that the trailer is going to release today at 06 PM.