Social media is a hub of viral videos where we often see people fighting with policemen, adding to that list, another video has gone viral from Lucknow. A viral video of a woman slapping a cab driver in the middle of a road at Lucknow city’s Awadh crossing is doing rounds on social media. The undated video was first shared on Twitter by a handle named Megha Updates where we can see a girl beating a taxi driver in the presence of police and causing a massive traffic jam. After the video went viral, #arrestLucknowgirl begun trending on Twitter with widespread criticism for the girl’s alleged behaviour alongside demands of legal action against her. 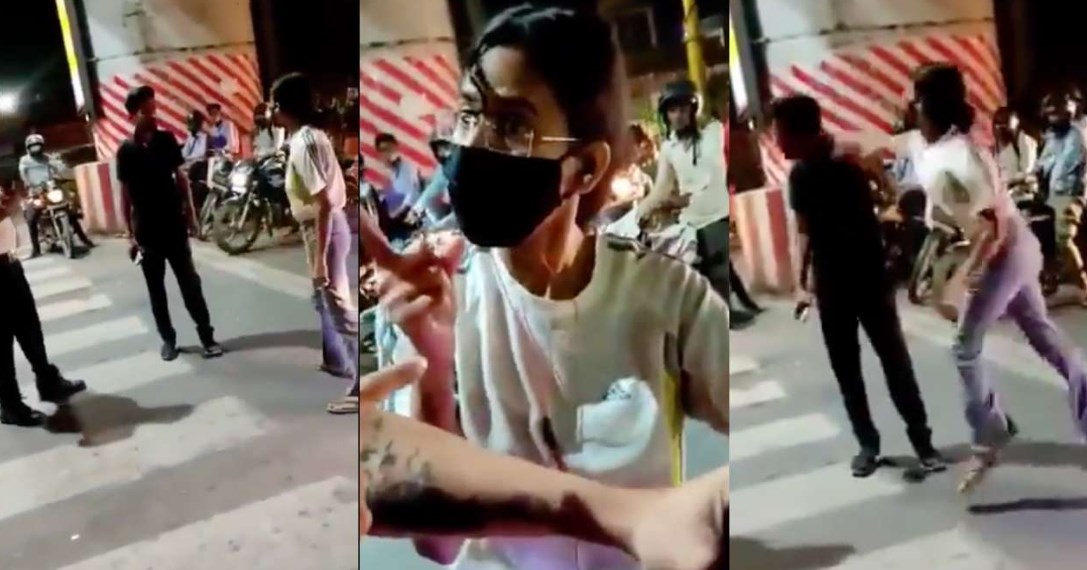 The video shows that the incident took place at a zebra crossing making the traffic stop and leading to a massive traffic jam. Even though the traffic police personnel tried to reason with the woman, she continued slapping and thrashing the cab driver in the middle of the road.

Netizens, support the cab driver to investigate the case.

WhatsApp with Messenger integrate is the Facebook’s next update