Beast Cast Update: Actor Vijay’s upcoming film is Beast. Director Nelson Dilipkumar has directed the film Producer Kalanithi Maaran producing the film under the banner of Sun Pictures Production. This movie will be full of fun and action.

The first look and second look of the Beast film were released on June 22. Bo the looks of the film got a huge and massive response from the audience, Fans are eagerly waiting for the next update from the team. There are many rumors spreading on social media.

But Sun Pictures came with a huge update today. Sun Pictures announcing the cast of Beast film continuously on Twitter from 04:00 PM. In the first promo video, Director Selvaraghavan is joining the board. In the second video, comedy actors Yogi Babu, VTV Ganesh, Liliput Faruqui are on the board.

There also be another announcement from the team on 06:00 PM. it is all expected that Beast Third look or the date of the third look will be revealed. There is also news that SJ Suriya and Dhanush playing a vital role in the Beast film. But the official confirmation has not been received from the team. But the third look is expected to release on Independence Date. 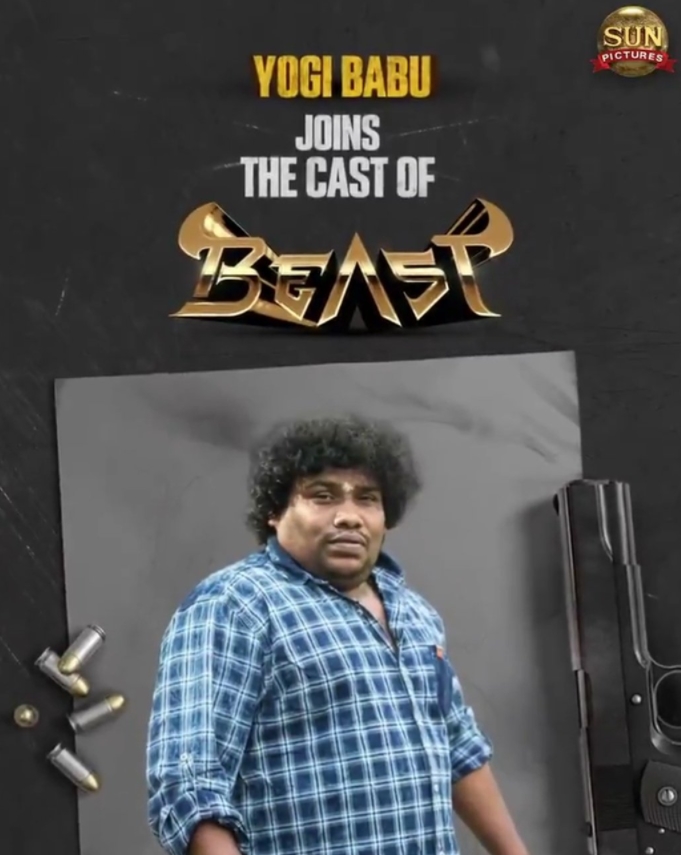 The Beast first single will also be released in the month of October on Anirudh’s Birthday. But we want till 06 PM to know the update from the team. Stay tuned for the next update of the Beast film.