Home Headlines Beast Director Nelson with Vijay and Dhoni: Pic of the Day

Beast is an upcoming film for actor Vijay. Director Nelson directing the film which is the third film for him. This film has been produced by Sun Pictures. The shooting of the film is going in Chennai. Beast’s first single is going to release in the month of October. Let’s wait for the official confirmation.

Thala Dhoni has arrived at Chennai for the IPL phase 2. Now he is also in the shooting for the advertisement. Both of the superstars Thala and Thalapathy are in the same shooting spot. Both of them met each other. Their meeting pics ruling the internet from the afternoon. And it also spreading like fire all over social media. 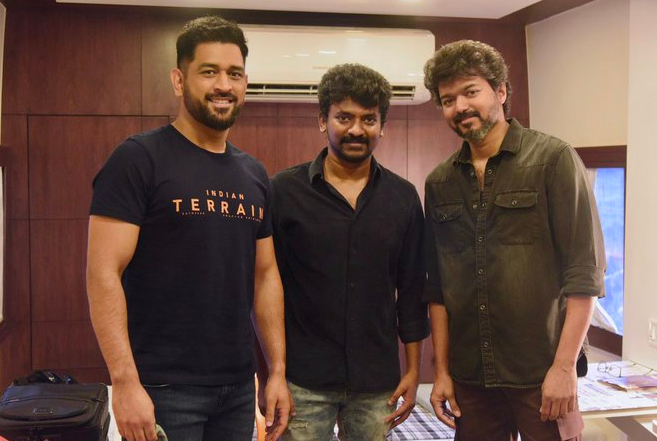 Nelson with Thala and Thalapathy

Beast director nelson also tweeted a photo taken with Thala Dhoni and Thalapathy Vijay. The whole social media is about catching these pics. Dhoni congrats to Vijay for Beast’s success and Vijay asked him to win the IPL for Chennai.