Beast First Single: Beast is an upcoming film acted by Thalapathy Vijay. This will be the 65th film for actor Vijay. One of the biggest production companies in South India Sun Pictures producing the film. The film has been expected to release this April 14.

Halamathi Habibo full Arabic Kuthu song will be released on 14th February 6 PM. As soon as song released, it will be available in our website to listen and download. 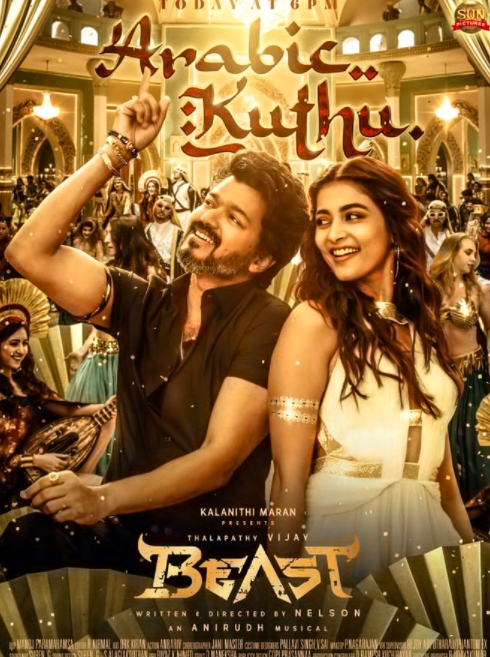 Beast first single Arabic Kuthu lyric video will be released at 6 PM today as per official update from Sun Pictures.

Beast First look and Second look released on Thalapathy Vijay’s Birthday. Both the look gets a huge and positive response from the Vijay fans and all the neutral fans. Recently, the team has shared the anniversary pic of the shooting pic and the pic got very viral on social media.

Beast first single is going to release today at 06 PM. s per the official sources, Beast first single Halamathi Habibo will be the mass and entertaining for Vijay in recent times. The choreographer of the Arabic Kuthu song has said that Vijay has danced well in this song and all of us will like this dance in this song.

Anirudh tweeted in his twitter stating ArabicKuthu Day instead of Valentines Day. This is gonna be a viral tag of the day.

Stay tuned for further updates from the team about Beast’s first single.