Beast Movie Update: Beast movie is a Tamil action film which going to release on 13th April 2022. Vijay is acting in a lead role in the film. This film has started to create Box Office records without release. Advance booking of Beast movie tickets has earned more than 40 crores till now.

Sun Pictures is producing the film and Nelson is directing the movie. Nelson is first time collaborating with Vijay and his last successful film is Doctor. The trailer, songs and posters of the film has released and created a huge expectation among the audience.

Only two days are left for the Beast movie release, fans started to place the Banner in theatres all over the world. The film’s plot revolves around terrorists who are keeping Indian civilians hostage. Vijay will be in full beast mode for the duration of the flick. 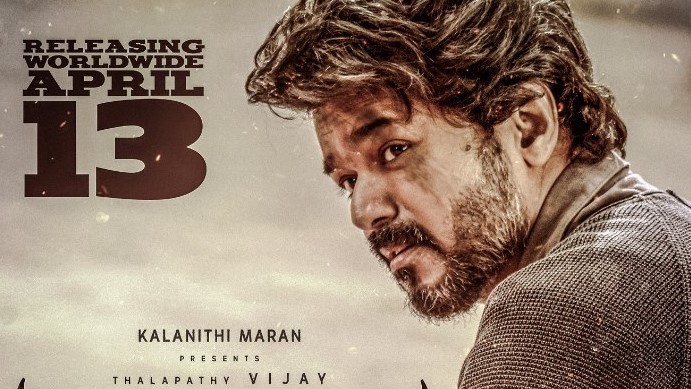 Yesterday, Sun Pictures released an interview with Thalapathy Vijay hosted by Nelson. On that show, there are some questions asked to Vijay related to Beast and his personal life. This show has created hype among the audience and created happiness for Vijay fans.

It is one of the high-budget south Indian action films, with a budget of 150 crores. It is packed with action. Vijay was initially expected to get a pay of Rs. 100 crore for this film but due to some reasons he is getting 80 crores. Nelson has got 8 crores and Anirudh has got 4 crores.