Beast Review by Public Audience: Tamil Superhero actor Vijay’s Beast movie has been released all around the world. Beast is the mega Puthandu release 2022. Since the release of the Beast Trailer, the expectations among the audience were huge. Most of the theaters were filled with Vijay’s fans in the FDFS.

The fans and celebrities have already started sharing their reviews on social media like Twitter. So far, the fans of actor Vijay are celebrating his performance. But the critic’s expectations are not fulfilled because of various reasons.

The Beast storyline, production value and performances of the actors have received huge praises. Director Nelson mined humour out of situations that hardly would have come across as funny on paper. The fans of Vijay who are also active on social media are trading the movie by using the hashtags #Beast #BeastPuthandu and #ThalapathyVijay. 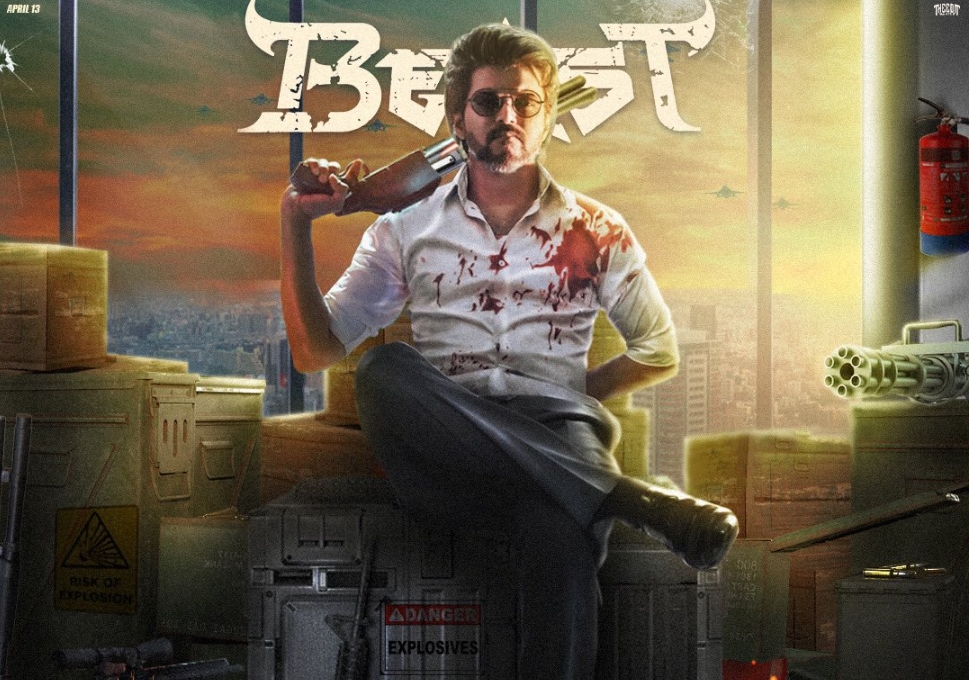 The action sequences featuring Vijay did get special mention as always. From Selvaraghavan to Pooja Hegde, every cast did an impressive job with their roles.

Umair Sandhu, who is regarded as one of the members of the Censor Board overseas, took to social media to share the first review of the film. He took to his Instagram stories and appreciated the style of the actor and how the film fulfils all the expectations of being a mass entertainer. In his long note on Instagram, the film critic gave four stars to Beast and wrote:

“Vijay looks very dashing and his performance is outstanding. He is brilliant in every frame. Engaging story and screenplay. Dialogues are clap worthy. Nelson’s director is simple and he shows that he has the ability to handle a film of this scale. He also joins the dots in the narrative neatly. On the whole, #Beast is a paisa-vasool action entertainer which has style as well as enough twists and turns to keep the viewers engrossed. At the Box Office, the extended weekend, dazzling action, stunning locales and stylish execution will ensure mammoth footfalls for the film (sic).”

Kaushik LM @LMKMovieManiac: #Beast : Commercial entertainer which is high on style, action & #ThalapathyVijay swag. The comedy meter is on & off. #JollyOGymkhana is a highlight in the end. #Thalapathy @actorvijay holds the show with his screen presence, fitness & as always his inimitable dance skills👌👍

Venky Reviews @venkyreviews: #Beast Overall a Decent Action Comedy Entertainer! A good 1st half followed by an average 2nd half. The film is a perfect blend of comedy and action. On the flipside, the 2nd half feels dragged at parts especially last 20 minutes. Will be a Hit at the Box Office 👍Rating: 3/5

brilliant second half . #beast almost on par with thupakki.
pooja 🤡 what a screen presence from vijay . 2nd half> 1st half .after theeran beast is the only movie i enjoyed every minute not even 1 dull scene in the movie .winner 🔥 . nelson will be next pan Indian director 4.75/5