Beast Update: Beast is an upcoming film for Actor Vijay in his carrier. Beast is expected to release in Summer 2022. This film is produced by Maran under the name Sun Pictures Production. Director of Doctor Nelson Dhilipkumar directing this film.

Music has been composed by Anirudh. Pooja Hegde plays a female lead role in this film. Fans are asking for an update of the Beast teaser release date or Beast’s first single release date from the team. But there is no official approval from the team.

Now Sun Pictures came with the Beast Villain Update. Director Selvaraghavan is going joined in the board of Beast film. He is expected to act in a villain role in the film. There will be another two updates at 5 PM and 6 PM.

Just as Vijay released Beast Firstlook on his birthday, the first single of the film is set to release on October 16th, composer Anirudh’s birthday. They also plan to complete filming before October. 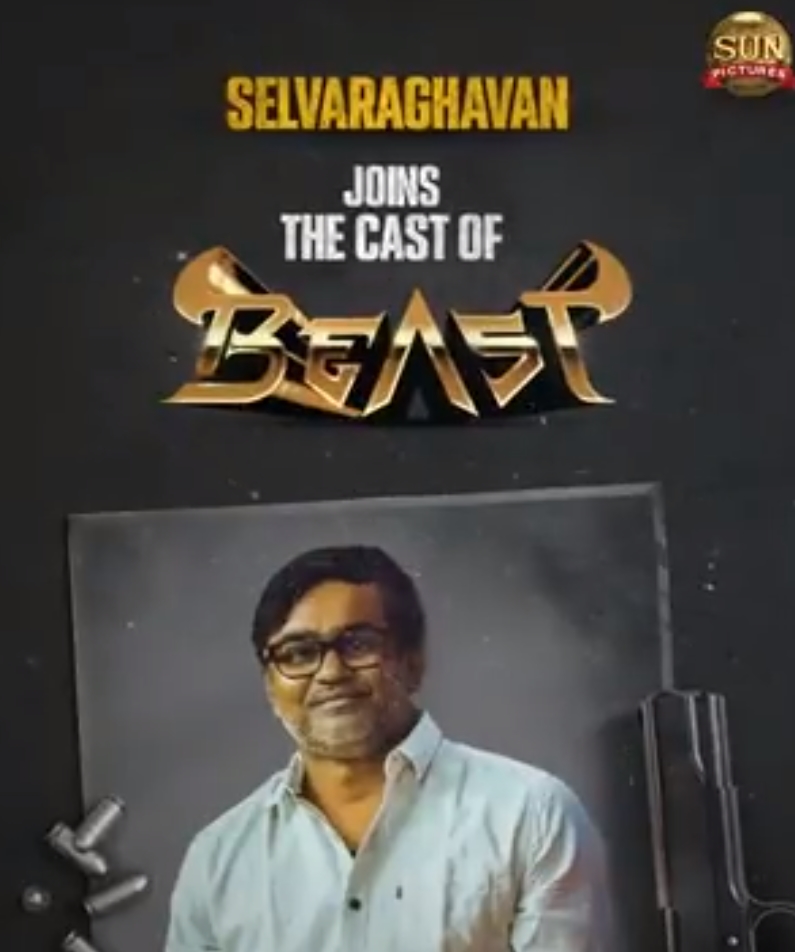 The makers have completed the first schedule of shoot in Georgia and were shot its second schedule in Chennai. But then, lockdown restrictions were imposed on film shoots and shooting has been paused. Again the third schedule is to start from the next week. Actress Pooja Hegde will join the team on August 13.

There is also news that there are three villains in the Beast movie. But no official confirmation was received from the team. Beast’s third look is also expected on August 15. Stay tuned for the latest update from the team.