Bharathi Kannamma serial airing on Vijay TV is going with an interesting storyline. Bharati, who is thinking of her own daughter as a foster daughter, plans to take Hema to the US. The family members are not agreed with his decision. Baby Hema also has no desire to go to the United States. But Bharathi is adamant in his decision and he was forced to leave the United States.

On the way to the airport, Hema suddenly falls ill. Hema has seizures while going in the car. Priya, a medical friend who was with them at the time, checked Hema’s pulse and told her that she was declining rapidly and needed to go to the hospital immediately. Bharathi’s mother Saundarya, who was in the back of the car, is furious with Hema’s condition.

Is the granddaughter worried about something? He threatens his son to see what he is doing. Hema, who was later taken to hospital, is given immediate emergency treatment. Later, Priya, a doctor coming out of the emergency department, tells Bharathi that there is only one way to save Hema. When Bharathi hears this and asks what to do, Priya says ‘bring samayal amma’. 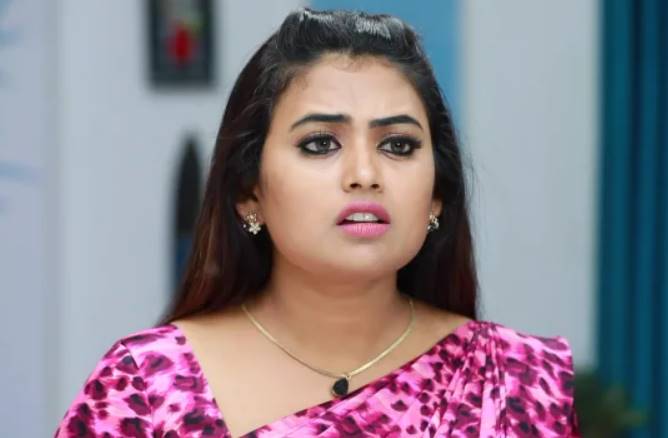 When Bharathi sees his mother Saundarya, he refuses and asks him to go and fetch her. Thus, Bharathi goes to bring Kannamma in person.

All the above things can be watched in the latest promo of the serial. But the latest update of Bharathi Kannama is below;

While fans are waiting to see what happens next, Farina (Venba), has posted a video on her Instagram. In that, she released the shooting spot video with the question of ‘Atuttu enna natakkappokuthu?’ 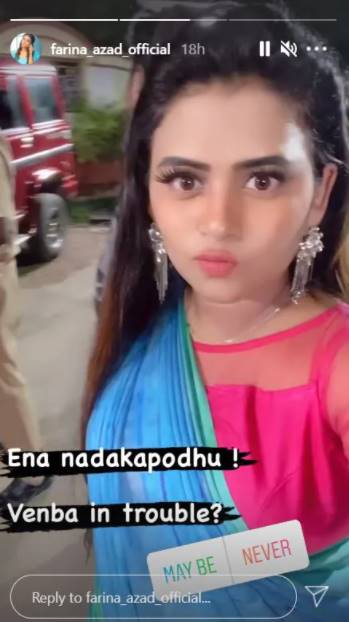 Did Venba get stuck with the police as the police vehicle was reversing? Or is there some other twist in this? Fans are starting to float in speculation. What happens when Bharathi sees Kannamma in person? Fans are eagerly waiting to see the next episode as there are expectations as to what the role of antagonist venba is going to be.