Bigg Boss 5 Tamil Update: The promo of the highly anticipated Big Boss Tamil 5 will be released this evening. The fourth season of Big Boss in Tamil ended earlier this year. The winner was actor Ari who won the title.

Due to a corona infection, the finals of the Big Boss show airing in Malayalam and Kannada were recently concluded. As fans are getting ready for the 5th season of Bigg Boss which will be hosted by actor Kamal Haasan. The promo shoot for it took place last week. 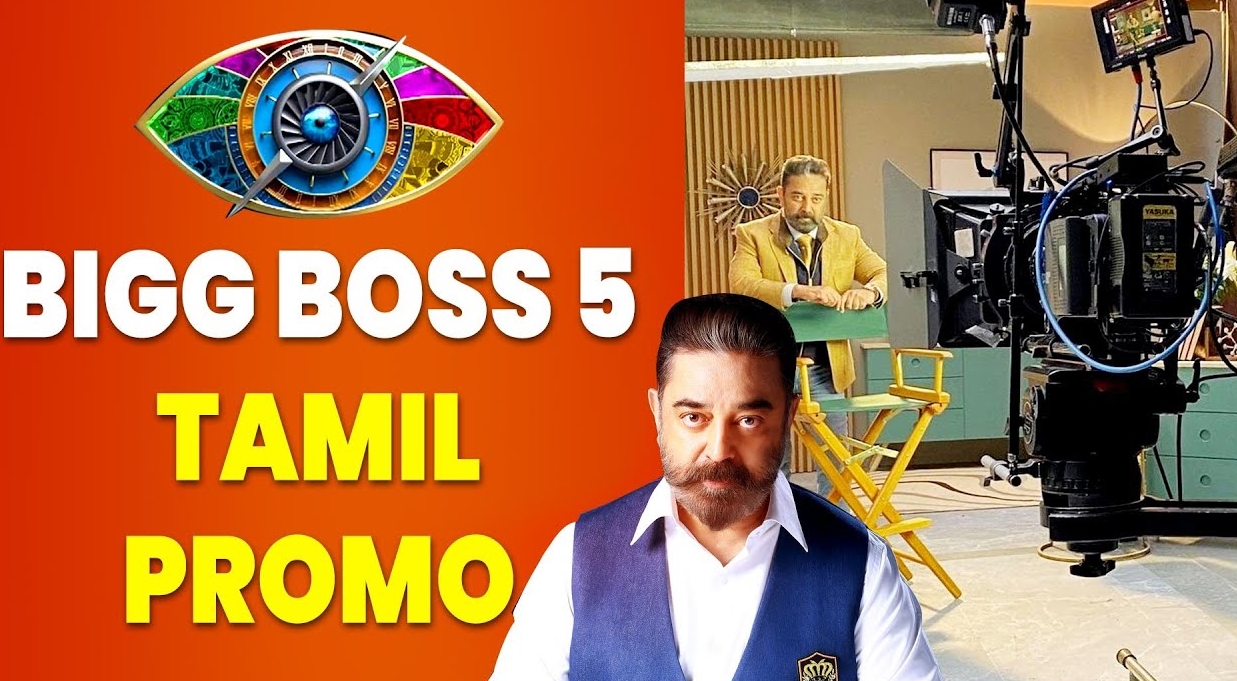 Following this, there was an expectation that the promo of Big Boss 5 would be released. Featured. In that sense, fans are eager to know what kind of tagline will be featured in this Big Boss Season 5.

Saravanan Meenakshi fame Rakshita, ‘Cook with the Comali’ Kani and Sunita are also said to be in attendance. Private TV which broadcasts the Big Boss sho, also shared the muted video and posted that the new announcement will be released at 5.55 pm today.

Instead, it is said that the audience will participate digitally like Bigg Boss Season 4. It has also been reported that the Vijay TV Bigg Boss team has so far approached more than 30 celebrities for the Big Boss Season 5 show.