Bigil: Thalapathy’s 64th and Atlee’s 4th film is Bigil which was going to be releasing on 25th October 2019 worldwide. After 3 Block Buster films Atlee is directing Bigil with Thalapathy Vijay. Bigil is the fourth film for Atlee and third film with Vijay. Bigil is going to release world wide in many screens. Bigil was creating many records and breaking the records.  After Commercial and Politics film, Vijay is acting as a Sports person, Gangster in this film. This Film was made in the budget 0f 180 crores. This film is distibuted by Screen Scene Media Entertainment all over the world.

There are Powerful dialogues, extraordinary visuals, Mass fight scenes in the film. Second half was too length. Rayappan Character was stunner in this film. After the Singappeney song, the film was fantastic. There are too much of emotional scenes in the film Bigil.

This film was produced by the AGS Production and there are totally 5 songs in the bigil. Actor Vijay had sang one song in this film which was named Verithanam. This song created a many records and trailer of the Bigil also created many records. Bigil Emoji was introduced by the production company yesterday. This fim was taken in two languages: Tamil and Telugu. There are many restrictions to release this film but it breaks all the restrictions to release the film in the Truth way. 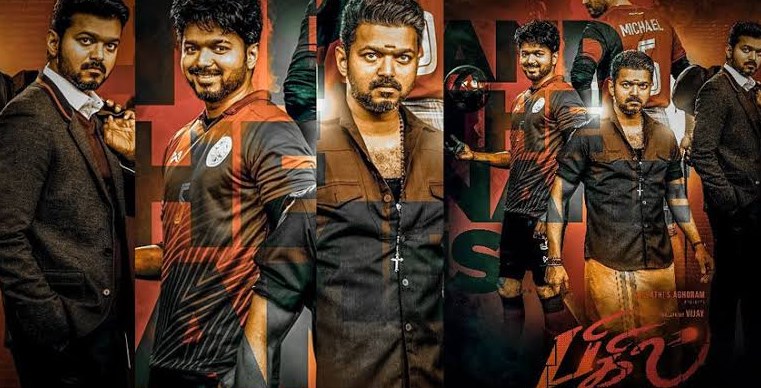 There is always problem in Vijay’s film. Like that Bigil also faced many problems like Special shows are Not allowed, copied story, censor problem. Its all Cleared by the production company. Tamil Nadu Government said that there is special show for Film Bigil and Kaithi which makes all Vijay fans, Production Company too happy.

According to Cover365, Nayanthara, who had earlier worked with Vijay in Sivakasi and Villu, has romanced him in Bigil. Kathir, Yogi Babu, Vivekh, Daniel Balaji Jackie Shroff, Kathir, Indhuja Ravichandran, Anand Raj, Reba Monica John, Varsha Bollama and others are also playing an important role in the film. The film has AR Rahman’s music, GK Vishnu’s cinematography and Ruben’s editing.

The Central Board of Film Certification received “U/A” certification for the film Bigil, with not cutting the Scenes and with a runtime of 2 hrs 59 mins on 16 October 2019, confirmed by Archana Kalpathi, the creative producer. The film is estimated to be released on 4200 screens worldwide which is the first film to make this record.

This film is based on the Playing Football match which was played by the 16 womens under the team name of Bigil with the coach Michael. father of Michael is Rayappan who is gangster in this Film. There are many surprisses are waiting in this film.

Bigil full movie download Tamilrockers is already trending all over India even before the movie release according to News 24×7. This shows how eagerly people are waiting to celebrate this Diwali with Bigil. Watch Bigil movie on theaters only and support Bigil team and Indian cinema.

Navarasa Release Date and Time: Where and How to Watch Navarasa