Home Entertainment Cook with Comali season 2 Comalis atrocities as Ghosts on this week...

Cook with Comali 2 Latest episode Preview: After so many twists and turns in between the ultra funny comedies by the contestants and comalis in 30 episodes. The weekend is here again to watch the next two new episodes on this Saturday and Sunday evening on Star Vijay Television.

Madurai Muthu, Deepa Shankar and Dharsha Gupta were eliminated from the show in the sixth, tenth and eighteenth week respectively. Rithika Tamil Selvi gave Wild-Card entry in the 23rd episode and eliminated in the 28th episode. The cooks and comalis of season two welcome a few of the season one contestants in last week’s celebration round. 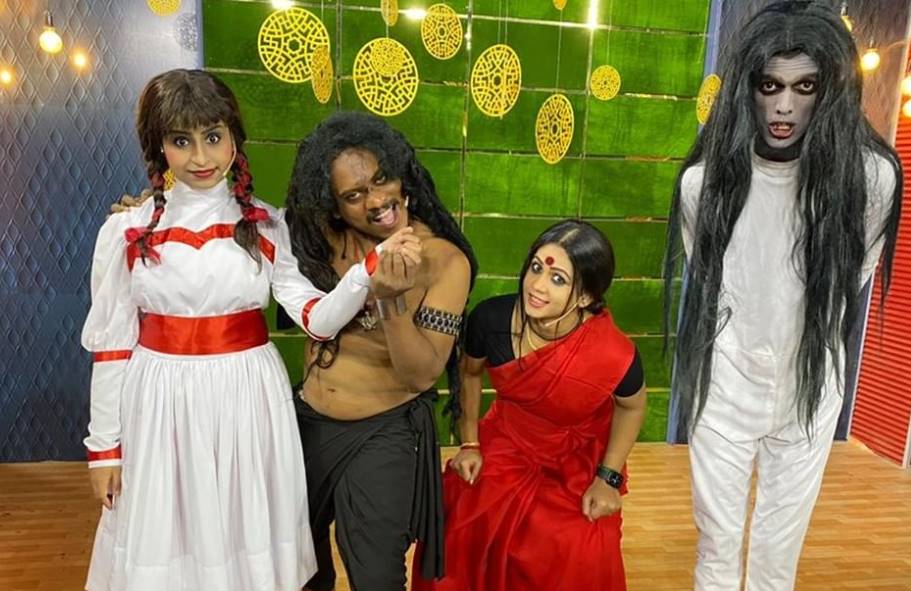 In the episode of March 6th and 7th, the comalis will appear in the get-up of the movie ghosts. According to the latest promos of these two episodes,

It looks like Pavithra Lakshmi was absent again in these episodes like last week. But we can see Madurai Muthu and Sunita Gogoi.

Apology by Pavithra to her fans:

Pavithra’s Instagram post read, “Due to personal reasons and issues I wasn’t able to be a part of CWC for the last two weeks. Will be there in the next week for sure. Sorry for disappointing you all. Thank you so much for the immense love and support you have been showering on us all.”