Cook with Comali 2 Friends & Family Round Winner: Dharsha, Geetha, and Thangadurai are the winners in the advantage task rounds on the Saturday episode. The main cooking on the Sunday episode is a face-off challenge. Check the list here below;

Ashwin, Sandy, Shivangi teams chose the Shakila team as competitors. Mathurai Muthu, Aadhavan, Bala selected the plate which has Rithika name. Deepa chose Dharsha as an opponent. So, the remaining teams will face each other, Pavithra against Kani. 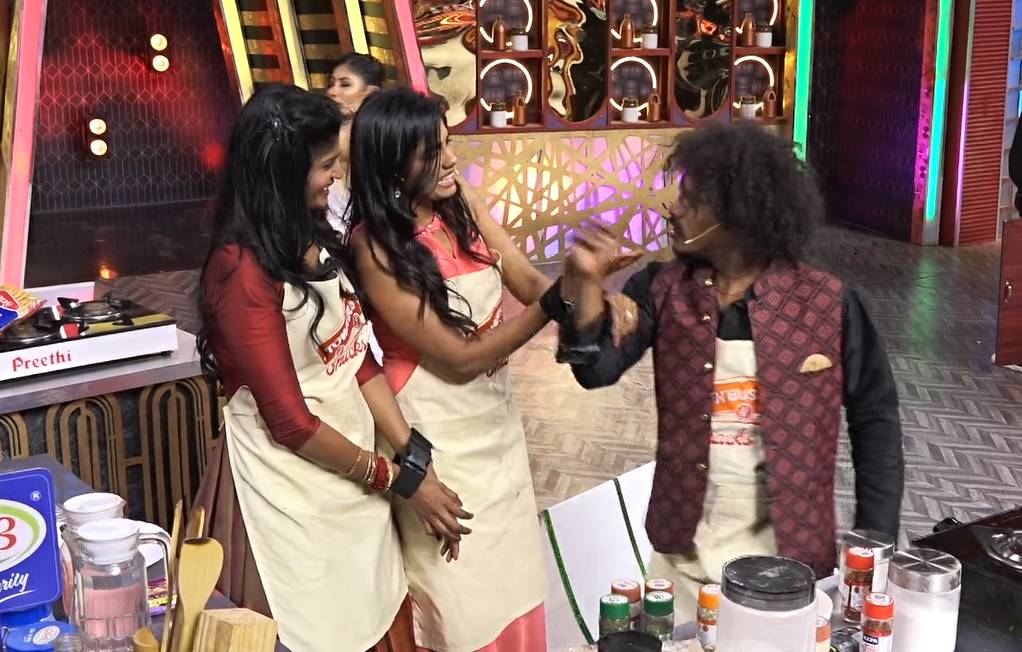 Sarath and Shivangi took Mutton as their main ingredient. Pugazh and Sunitha have taken Prawn to cook. Thangadurai chose Chicken to cook against the Dharsha team. Also, Bala and Shakthi will cook by using Chicken as the main ingredient.

By using Dharsha’s advantage, she changed the main ingredient of her opponent team. So Deepa’s team needs to cook with the Pasta.

Hindrance in Friends & Family Celebration Round

The Triangle board is the hindrance of the main booking task of this Sunday episode. Each and every team wants to complete the cook by facing three different hindrances. Chef Venkatesh Bhat instructed all the rules of this round. Totally, it’s 45 minutes to complete the main cooking task. The task begins with the guest’s side.