Home Entertainment Cook with Comali Season 2 Five Finalist after Wildcard Round are?

Cook with Comali Season 2 Five Finalist: One of the biggest reality shows in South India is Cook with Comali. The second season of this show is nearing its end part. The semi-final and wildcard rounds were finished and the results of the finalist have announced. In the wildcard round of this weekend on Saturday and Sunday episodes, the judges chose two finalists. Check out who they are here below;

Shakeela and Thangadurai have won the advantage in the Saturday episode. Read here to know the paring and advantage task winners. According to the sources, the finalists of Cook with Comali Season 2 are Kani, Ashwin, Baba Baskar, Pavithra and Shakeela. If you are not the Disney+ Hotstar VIP subscriber, then wait to watch the Sunday episode on TV. 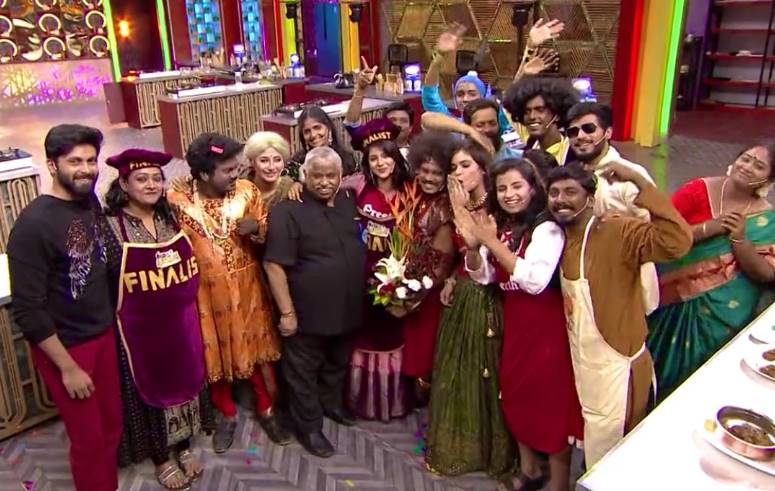 However the show went well as usually, the fans of Manimegalai are felt bad because of her absence. As per the sources, she will back to the show on next weekend’s episodes.

Actor Rio came to the show to promote his movie “Plan Panni Pannanum”. From the beginning of the show to the end, he spent time with the contestants and comalis.

Out of six wildcards, three top teams are Shakeela, Pavithra, and Rithika. From these three, Chef Thamu chooses Shakeela as the fourth finalist. Then Pavithra and Rithika compete with each other for fifth place. Pavi won against Rithika and become as the fifth finalist.