Comalis are in the get-up of famous Tamil Movie characters. Each Cook has two comalis, which is the first twist of this episode. Check the character names; 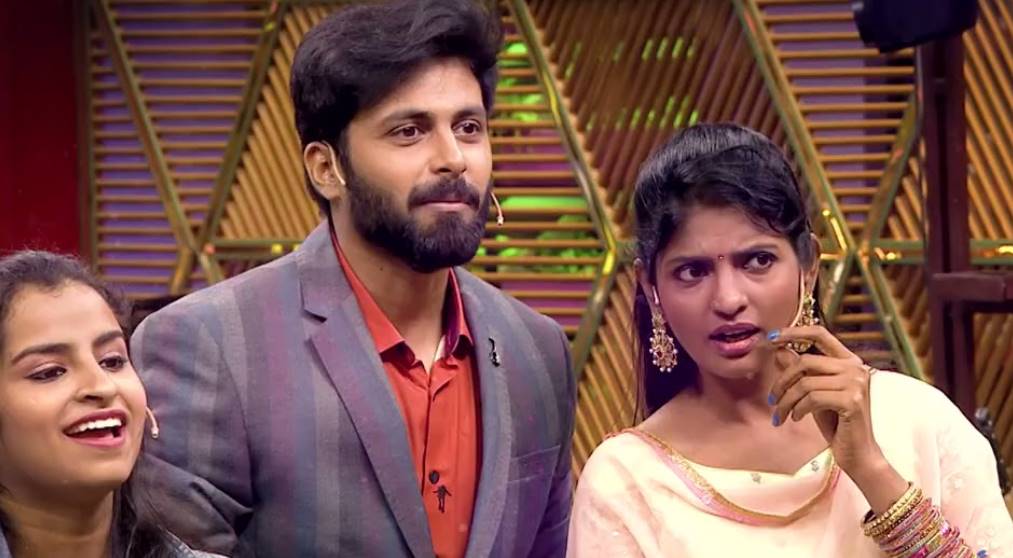 Chef Venkatesh Bhat said that it should be Wold Cuisine Only in this week, no Indian dishes.

Shakeela chooses puff and selected Anbe Vaa movie, so Sunitha and Pappu are the comalis. Baba Bhaskar has taken a cool drink and it’s Avvai Shanmughi, it’s Sakthi and Thangadurai.

Kani and Ashwin took Popcorn and Doughnut respectively. So Aswin paired up with Sivaangi again along with Bala. Kani had to choose Popcorn without any choice, so she paired up with Pugazh-Sarath.

It’s Hat-trick week of Aswin and Sivangi pair. But this time Bala was there with them.

Kani and the team won the advantage task. Stay tuned for more updates!