Heavy rains lashed parts of the Western Ghats due to Cyclone Tauktae, which formed in the southeastern Arabian Sea. In this situation, the storm between Porbandar and Mahua in Gujarat approached the coast at 9 pm last night. Then the incessant rain poured down. The following night at 11:30 pm, a severe storm intensified near the Saurashtra region. The eye part of the storm crossed the coast. At that time the storm was blowing at a speed of 155 to 165 kilometers per hour. In it, the roofs of various phases, including houses, were thrown down. Also, power poles and trees were uprooted.

A consultative meeting chaired by Chief Minister Vijay Rupani was held at midnight to deal with the storm damage. In addition, rescue troops are constantly engaged in rescue operations in the affected areas. 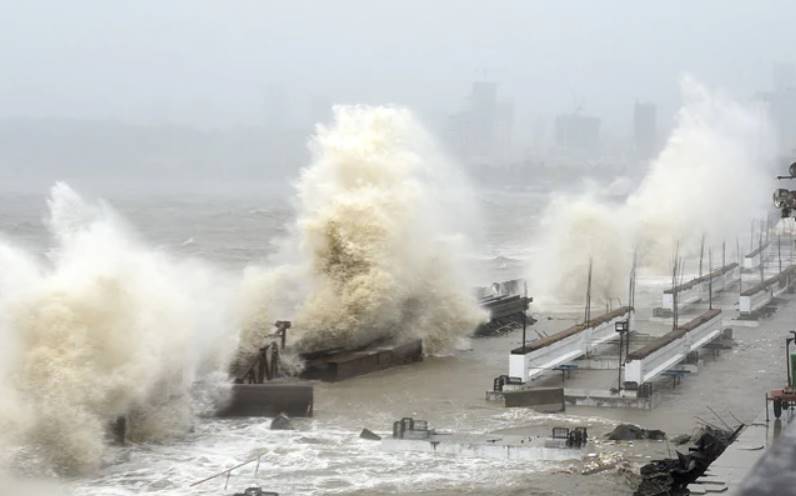 The road between the Somnath district of Gujarat and Daman and Diu territory was paralyzed due to the Tauktae storm. The army has been involved in clearing the road as trees have been uprooted. The poles are tilted in various places.

The storm lashed the districts of Raigad and Mumbai in Maharashtra with winds of 114 kmph. Heavy rains in Mumbai have left knee-deep water on the roads and fallen trees in various places. Concern departments were involved in removing fallen trees from the roads. As a precautionary measure, the Bandra-Worli coastal road was closed. Similarly, train traffic was affected due to flooding on the suburban railway line. Monorail service was also disrupted. Mumbai airport has been temporarily closed due to continuous rain. Six people were killed and nine were injured in the state.

73 villages in Dakshina Kannada, Udupi, Uttar Kannada and Kodagu districts of Karnataka have been affected by heavy rains. Four people were killed by the rain.