Soham Rockstar Entertainment’s Dhaakad is an out-and-out actioner. Matching up to leading lady Kangana Ranaut are key cast members Arjun Rampal and Divya Dutta. Divya, who plays a notorious character called Rohini in the film, talks about how she nailed the part.

She says, “Razy (director Razneesh Ghai) was clear that he wanted me to play the part. I was meeting him for the first time and was bowled over by his clarity for my character Rohini and the entire film. When he narrated, I was excited like a child. This was a role have never done before.

For someone to visualize an actor portraying a starkly different role from their previous films is a vision out of the ordinary. We did multiple sittings to add to Rohini’s nuances and I could see the character take form. It was the magical onset and enjoyed each scene.” 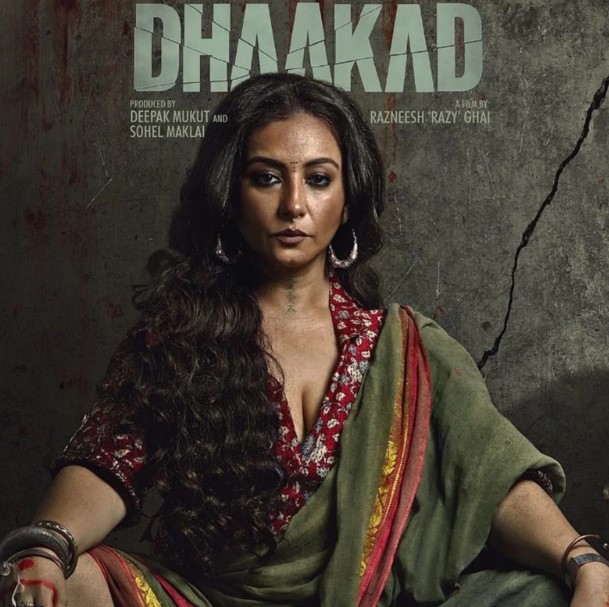 Prepping for the film was what the actor and director cracked in pre-production, but Dutta admits a lot of improvisations happened on the set. “Rohini’s mean streak was built intricately. I would add an extra layer of meanness and Razy would laugh saying,” Yeh Kahan se aaya.”He had made me feel Rohini so strongly that it became easy to flow with her.

The look-luscious, saucy, sensuous, bold, and bindaas-had to come out in the attire she was wearing. Her body language was nailed during the first photoshoot we did.A lot of people couldn’t recognize me!” Divya adds”I gave Rohini my own color. I wanted to play this part my own way and didn’t want to follow anything else. The way she turned out is fabulous.”

Stay tuned here for further updates from the team.