Home Politics Due to COVID-19 Karnataka government do not conduct Zilla/Taluk Panchayat election till...

In June 2021, Karnataka CM Yediyurappa had asked BJP members to prepare and to get ready for the panchayat elections. Karnataka’s COVID-19 death toll was recorded at 35,989 on July 14. As Karnataka continues to register a significant number of COVID-19 cases on a daily basis, the BS Yediyurappa Cabinet on Thursday decided to not conduct the Zilla/Taluk panchayat election till December 2021 due to the pandemic.

Karnataka Home Minister Basavaraj Bommi said that the Cabinet today took the decision to postpone the Zilla/Taluk panchayat election in view of the ongoing COVID-19 outbreak. Notably, the ruling Bharatiya Janata Party (BJP)in June had held an executive meeting of the state party functionaries and had decided to organize rallies of gram panchayat members in districts. 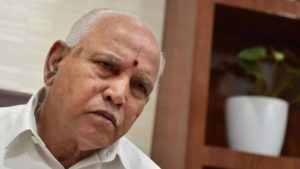 CM Yeddyurappa had the meeting via video conference and asked the party members to prepare for the panchayat elections. “Winning more seats in Zilla and taluk panchayats will not only help the party strengthen its base at the grassroots level, but also prove to be an advantage in the 2023 assembly polls,” Yediyurappa was quoted by ToI as saying during the meeting.

Addressing the BJP members, including national general secretaries Arun Singh, CT Ravi, and state executive committee members, the Karnataka chief minister lauded his government for effectively tackling the COVID-19 situation. Despite financial constraints, we have offered cash assistance to the poor and the working class. Nationally, the state is in the second vaccination drive. The party cadre must take this message to the masses,” he was quoted.