Haryana thief returns stolen corona vaccine with a apology letter: Corona second wave is spreading wildly all over India. Hospitals are overcrowded, with no beds available for treatment and no life-saving oxygen. Meanwhile, there have been complaints that corona vaccines in some areas are being over-sold on the black market. In particular, it was reported that Remdesivir was stolen and sold at a higher price in the open market.

A different incident has taken place in Haryana within the confines of this agitation. That is, thieves broke into a government hospital in the Jind district and broke into the storeroom door. The thieves saw the boxes there and stole all the boxes thinking they had found the big item. Doctors who visited the room the next day, according to the cleaner, were shocked to find that the thieves had stolen 1,710 doses of covaxin and covishield, which had been placed there to deliver to the entire district. 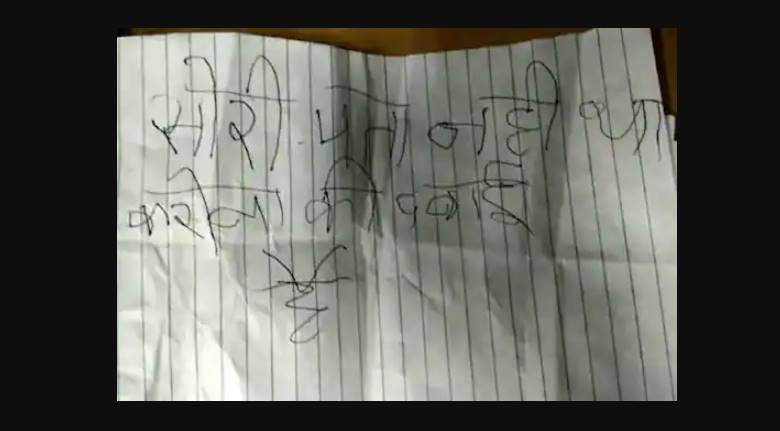 Later, a complaint was lodged at the police station. Police have also filed a case and are searching for the thief. Following this, a thief in Jind has surprised police and authorities when he returned the packets stolen from Jind’s Civil Hospital with an apology note. “Sorry, Pata Nahi Thaa Ismey Corona ki Dawai Thi [Sorry, I was not aware this packet contained Coronavirus Vaccine],” the letter left by the thief said.

Police are trying to catch the robbers based on footage recorded on CCTV cameras at the tea shop and nearby shops. Interestingly, there was a laptop and Rs 50,000 cash in the room where the thieves stole, but the thieves did not take those articles away.

As the incidence of corona virus increases day by day, the central, the state governments and health workers continue to urge people not to walk in public except for essential necessities.