Home Headlines How did so many devotees come to Annapurna? What happened?

About Annapurna: She has been the trend on social media for the last 2 days. There are many who have appeared in India claiming to be God Himself. Some of them have come back with success by bringing in a large number of devotees for themselves.

Annapurna has a Facebook page for marketing her auspicious videos. This is where she releases his stunning videos. Our Mother, who rules the divine universe that created us, has come here as an incarnation for all the people who have love and devotion for her. 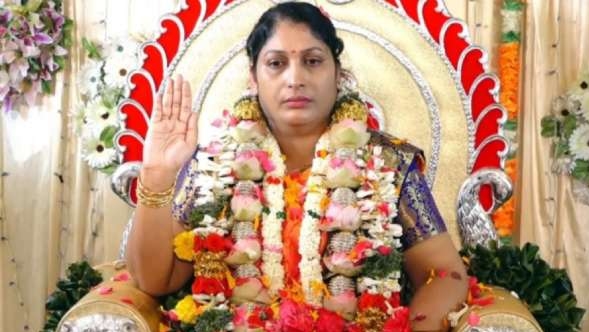 Many of the videos on Annapoorni’s Facebook page were laughable. Kalyan has brought someone who does video editing to Freelance and has taken a lot of videos and uploaded all over his page putting the goddess songs that will be put in the background in the month of Aadi. More than 20 videos have been edited and uploaded like this.

The video given by Annapoorni Arulvakku while shaking like something vibrated in the body has also gone viral. But the video that shocked us was an old woman lying at Annapoorni’s feet with both feet on her ears screaming at high decibels. The video of the old woman saying that there will be no more games where her mother did not come was shocking.

When asked the devotees how she started this journey of grace and how so many devotees came to him. History cannot tell everything, sir. She gives blessings for a very long time. She hung up the phone, saying he could not say anything else until you came in person.