While the Covid-19 epidemic has affected the global auto industry, Indian automakers are happy that India has overtaken Germany to become the fourth-largest auto market in terms of global auto sales data.

According to the latest figures from OICA (Organization Internationale des Constructeurs d’Automobiles), India has sold about 3,759,398 vehicles in the last 2021.

Germany sold only about 2,973,319 vehicles in the same year. This reveals a difference of about 26 percent between the two countries. OICA is an international trade association formed by 39 national auto industry trade associations. 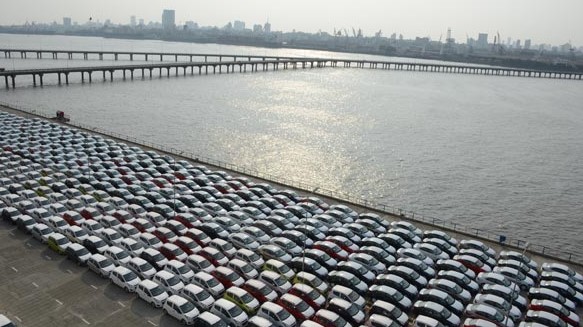 Earlier in 2019, India was the fourth-largest car sales market in the world. It also expected to take third place in 2025. Currently, Japan ranks third with 4,448,340 units sold in 2021. Next up is the potential for the Indian auto market to reach third place.

But for that, India will have to surpass Japan, which sold 4,448,340 units in 2021. Personal mobility space about 33 vehicles per 1,000, which is one of the lowest compared to the developed market.

China retains the number one spot, although automobile sales remained stagnant. The United States also recorded 4% growth. The third is Japan, which ranks 3rd in both 2020 and 2019.

According to a recent report by CRISIL, the Indian passenger vehicle sector is also undergoing a transformation. Growth in the premium segment (cars priced above Rs 10 lakh) is faster than in the entry-level segment.

Similarly, despite China being the largest market, India is the only country in the top 5 markets to record double-digit growth (28%) at a time when vehicle sales are still practically unchanged.

This is precisely what predicted earlier in the December 2021 report by the Center for Automotive Research (CAR). It has noteworthy that the CAR report predicted that more cars would be sold in India than in Germany.