NEW DELHI  – Authorities in the Indian capital on Monday banished from the roads cars with number plates ending in an odd number in a bid to cut hazardous air pollution shrouding the city.

The U.S. Embassy air quality index, which measures the concentration of tiny PM 2.5 particles, exceeded 500, indicating serious aggravation of heart and lung disease, and premature mortality in people with existing diseases and the elderly. 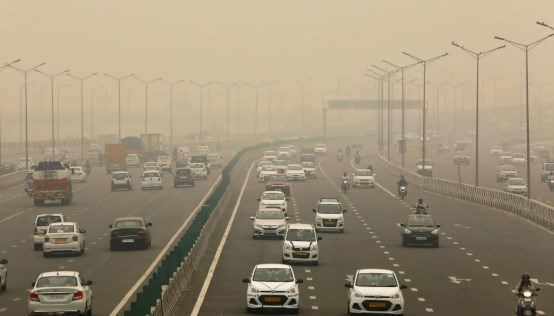 Ride-hailing services were exempt from the rule and both Uber and Ola had announced they would not impose surge pricing for the duration of the odd-even scheme.

Vehicular exhaust along with emissions from industry contribute more than 50% of Delhi’s air pollution on most days through the year, according to official estimates.

A government monitor on Sunday showed air quality had hit the worst level for the year, at 494 on a scale of 500. The level was well above 400 early on Monday.

According to independent online air quality index monitor AirVisual, New Delhi was the most polluted major city in the world on Monday, at twice the level of Lahore in Pakistan, which was a distant second.