As per the Tolo News source, Danish Siddiqui, a Reuters photojournalist, was killed during clashes in Spin Boldak district in Kandahar, sources confirmed on Friday. The Indian journalist was covering the situation in Kandahar over the last few days. Siddiqui was based in Mumbai. He had received the Pulitzer Prize as part of the photography staff of Reuters.

Danish graduated with a degree in Economics from Jamia Millia Islamia, Delhi. He had a degree in Mass Communication from the AJK Mass Communication Research Centre at Jamia in 2007. He started his career as a television news correspondent, switched to photojournalism, and joined Reuters as an intern in 2010. 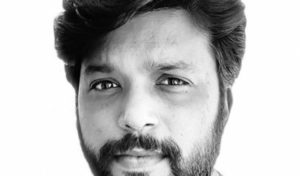 This comes as the Taliban captured Spin Boldak district in Kandahar this week. Fierce fighting has been underway in Kandahar, especially in Spin Boldak, for the last few days.

Danish Siddiqui has been killed in Kandahar while on a reporting assignment embedded with Afghan security forces, Afgan ambassador Frid Mamundzay said on Friday.

“Deeply disturbed by the sad news of the killing of a friend, Danish Siddiqui in Kandahar last night. The Indian Journalist & winner of the Pulitzer Prize was embedded with Afgan security forces. I met him 2 weeks before his departure to Kabul. Condolences to his family & Reuters,” Mamundazay tweeted.

Siddiqui had reported on a mission by Afgan special forces to rescue a policeman who had been cut off from others and had fought the Taliban for hours on his own. His reports included graphic images of vehicles of the Afgan forces being targeted with rockets.

Siddique will be laid to rest in Jamia Millia Islamia graveyard. The university issued a statement on Sunday saying the Vice-Chancellor has accepted the request of Siddiqui’s family to bury his body in its graveyard.

Siddiqui had studied at ALK Mass Communication Research Centre (MCRC) from 2005-2007. His father Akhtar Siddiqui was the Dean of the Faculty of Education there.

“Danish was one of the brightest stars in our hall of fame and a proactive alumnus who kept returning to his alma mater to share with students his work and experiences. We will miss him deeply but are determined to keep his memory alive,” the officiating director of AJK MCRC said.