Its difficult time for BS Yediyurappa and his council of ministers. BJP’s first and only CM in the down south BS Yediyurappa has been chief minister for four terms. Karnataka CM BSY spoke in the assembly about his resignation..

“I will resign after lunch,” he said in a tearful speech in which he talked about his two years tenure as “trial by fire” with issues like Coronavirus and devastating flood during his initial days as CM. 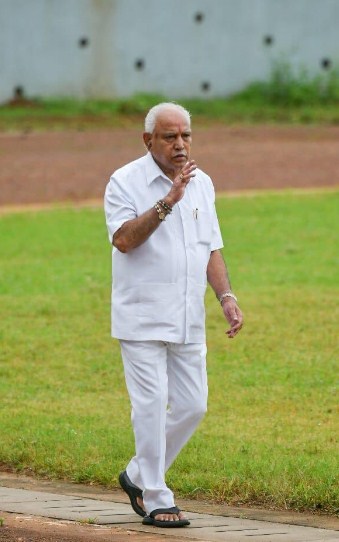 “Don’t take me otherwise, with your permission… I have decided that after lunch I will go to the Raj Bhavan and submit my resignation as the Chief Minister to the Governor,” said 78-year-old Yediyurappa.

It is confirmed that Karnataka Governot has accepted BSY’s resignation and dissolved the cabinet of Yediyurappa with immediate effect. Also Gehlot asked BSY to continue as caretaker CM till the next CM takes oath.

After the resignation, Yediyurappa spoke to the reporters on which he said nobody pressurised me to resign but stepping down on my own. Also will give 100% support to the next CM whoever appointed by Party head in the central.