Ledger Nano S Deal:The Ledger Nano S is a popular cryptocurrency hardware wallet that supports a wide variety of coins. While a bit more expensive than its main competitor, the TREZOR One, the Ledger Nano S gives its users high security for their coins, via an easy to use interface.

Hardware wallets are probably the most robust form of security you can have for your Bitcoins or any other cryptocurrency. They allow you to send and receive Bitcoins on any computer, even one that is compromised with malware, with the assurance that your transaction will still go through as intended. For more information about Bitcoin wallets watch this video.

The way hardware wallets achieve maximum security is by storing your private key and signing your Bitcoin transactions offline so someone trying to “hack” your wallet remotely won’t be able to do so. Hence this crypto hardware Ledger Nano S is on a 50% offer for this Black Friday 2018. 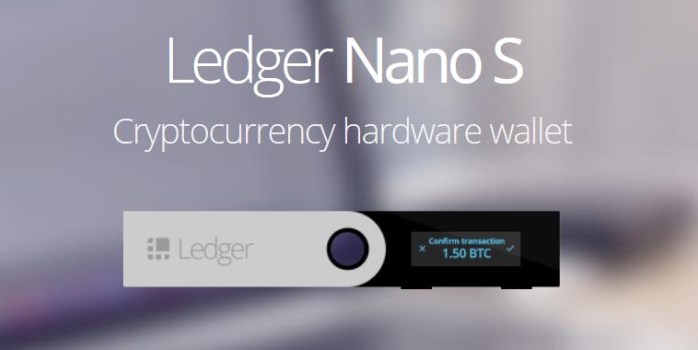 Both devices support around 700 coins and tokens however TREZOR’s interface doesn’t support many directly (meaning you’ll need to use a 3rd party wallet). TREZOR One also doesn’t support XRP at all. Bottom line, I think the Ledger Nano S wins this category as well.

The hardware wallet industry for digital currencies is booming, with a good number of exciting choices available for those who wish to keep their coins secure and away from potentially risky online storage servers.

The Ledger Nano S represents a Bitcoin, Ethereum, and altcoin hardware wallet consisting of robust security features, which can be used for both storing digital assets and making payments. Some of the distinguishing features associated with this hardware wallet include ease of use, the ability to quickly make payments, high level of security, and more.

The Ledger Wallet company was founded back in 2014 in France, and since then, Ledger has managed to attract a lot of attention. The Ledger team managed to quickly become one of the biggest hardware wallet providers on the market.

While other hardware wallets such as TREZOR have been on the market  longer, the Ledger is seen as being neck-and-neck with it.

In this Ledger Nano S review, we’ll go over a few different aspects such as usability, security, and convenience.

In an exclusive interview with Cryptopotato, Mattia Sarfati, head of business development at Ledger stated that the French startup is not trying to align with Trezor in any way, but that the 20% discount is to celebrate the ten years anniversary of bitcoin:

“10 years anniversary of Bitcoin. We believe $99 is a fair price for this kind of technology. As you know Ledger features a Secure Element and is completely unbreakable, ” Sarfati said to CryptoPotato.

When asked about how Ledger was able to pull through the recent December/January crypto bubble, Sarfati says it was a “crazy experience, which no one could have anticipated.”

The period helped the “company to grow internally, to become more structured and have better customer support as well, ” and Ledger is always “open to new technologies, ” Sarfati concluded.