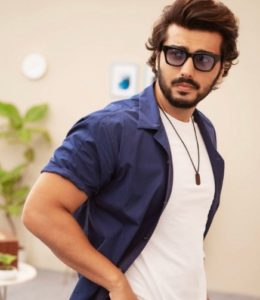 Actor’s half sisters Jahnvi Kapoor and Khushi Kapoor shared their pictures with the sweet birthday wishes to Arjun Kapoor. In her picture, the bro-sis duo was seen in traditional outfit and penned “Arjun Kapoor, it’s ur birthday!!! And your year thank you for teaching me so fast how much fun it is to have such a great brother. Thnx always for the gyaan but thnx more for the reality checks and food posts love u and ennnnnjjjjjoy.” 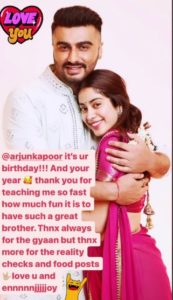 Khushi Kapoor also wrote, “hbd to u” with an angel emoji.In her shared picture, Khushi smiled at Arjun and the actor was seems to be blushing.

The actors birthday is not end only with the sisters note. Kapoor also shared his picture with his dad Boney Kapoor and sisters Anshula Kapoor, Jahnvi Kapoor and Khushi Kapoor.

And now, it is not going to be complete without the wishes from his lady love. Yes, the relationship between Malaika Arora and Arjun Kapoor is no secret. The actress turned fitness enthusiast Malaika shared an unseen picture with her boyfriend. The couple were dating since 2012 and it was 2019, the couples opened their relationship to public. 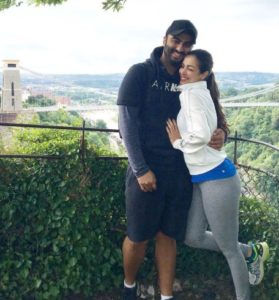