The incident in which a person drove a car on the railway tracks in Britain has caused a stir. Police found the culprit and took him to jail.

Aaron O’Halloran is from Dutton, England. He drove his Mitsubishi car inside the Dutton City train station and drove his car on the tracks for about half a mile toward the Aston area. He then parked the car on the side of the track and fled. 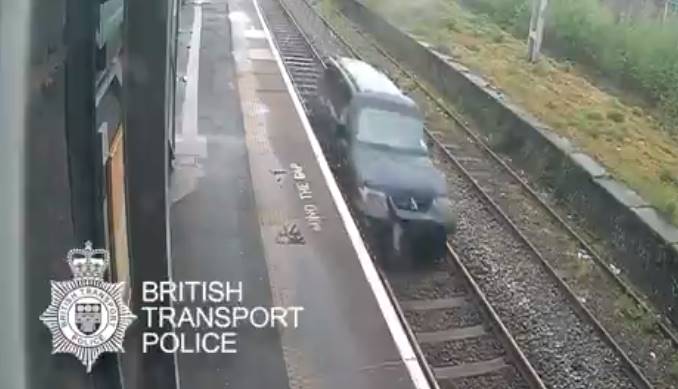 While his cellphone was inside the car, police seized it and arrested Aaron by cellphone. He was later arraigned in court and sentenced to 15 months in prison and fined 15 156.

The train service was delayed by 8 hours due to the incident. The damage to the railway administration and passengers is estimated at 23,000. British traffic police have shared a video of the incident on their Twitter page.

Watch the shocking moment a driver sped down the railway tracks near Birmingham.

He’ll now have plenty of time to reflect on this ‘immensely dangerous and senseless act’ in prison. ??

A police officer who commented that it was a very dangerous and meaningless act said that fortunately, no one was in any danger and that Aaron had more time in prison to do his foolish acts.