Trump’s lunchtime address at the club, which has hosted U.S. presidents including Woodrow Wilson and John F. Kennedy, as well as foreign leaders like former Soviet President Mikhail Gorbachev here and Chinese Premier Li Keqiang here will be closely watched by investors anxious for any positive news about his administration’s long-running trade war with China. 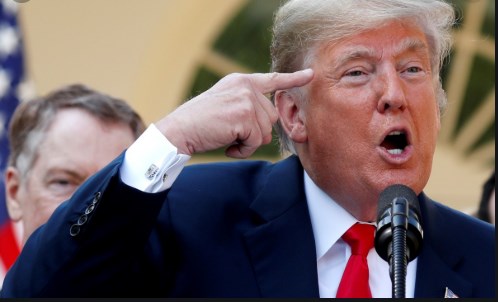 “It still feels like we’re pretty close to having something done,” Paulsen said on Monday. “Even if it’s meaningless, it will be meaningful.”

Not everyone thought Trump’s speech to the 112-year-old club, which has served as a venue for major economic policy addresses, would be seen as constructive by investors.

Gregory Daco, chief U.S. economist at Oxford Economics, estimated the trade war had chopped about eight-tenths of a percentage point off U.S. growth. After starting the year with growth running at 3.1%, output throttled back to 1.9% in the third quarter, with weak business investment factoring heavily in the slowdown.

“Do you as a business make a decision that now the environment is clearer, there are less tariffs, so now you’re more likely to invest? Or, if after the last three years, you’re still more cautious and say ‘let’s wait this one out,’” Daco said. “I’d favor the latter.”