Leading technology company Microsoft has announced a $ 1,500 bonus for its employees. This will be of great help to employees who have been dealing with a new lifestyle change, from home, and dealing with work, as well as difficulties in dealing with the epidemic.

Microsoft has announced this bonus in an effort to keep its employees satisfied during epidemics and curfews. In these difficult times, the company wants to make employees appreciate their work and make them feel valued. 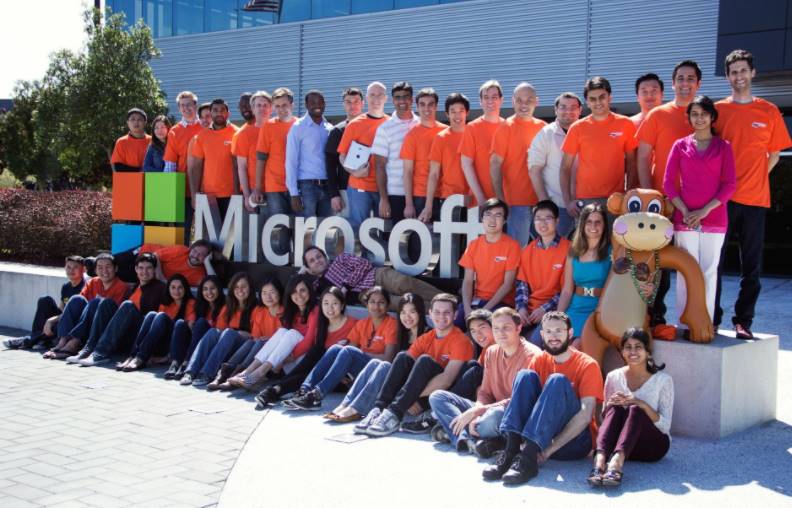 Offering this bonus would cost the company about $ 200 million. A spokesman for CNBC said in a statement that Microsoft expresses its gratitude and confidence to the employees who worked so hard. According to the report, Microsoft had $ 125 billion in cash and other investments at the end of the first quarter.

CEO of Microsoft (CPO) Kathleen Hogan announced the bonus on Thursday. Bonuses will be given to company employees worldwide between July and August. Only Microsoft vice presidents and employees of Microsoft’s GitHub, LinkedIn and Genimax subsidiaries are not eligible for this bonus.

Eligibility criteria for bonuses to be paid only to those previously employed before March 31, 2021, below the level of Corporate Vice President, have also been extended to workers exposed to full-time, part-time and hourly pay. Microsoft has about 175,508 employees worldwide. According to Verge, although the $ 200 million bonus is huge, it is still less than the one-day profit the company earns.

Since the onset of the global epidemic, Microsoft has earned about $ 160 billion as a result of the shift in trends in digital engagement, which is more intense due to lockdown and other restrictions. Places such as cloud services, high laptop sales and the growth of its Xbox business have all been boosted by the epidemic, the report said.

However, Microsoft is not the only company offering these offers. At the start of the epidemic in March 2020, Facebook paid $ 1,000 to each employee during the covid pandemic. In May 2021, Amazon was another example. Introduced the Covid-19 Relief Program (CRS). Under this, financial assistance was provided to groups of frontline staff hired by staffing agents. In November 2020, these workers were given a $ 300 holiday bonus. Nationally, food delivery company Uber Eats helped pay for its employees’ food.

WhatsApp with Messenger integrate is the Facebook’s next update