As of October 8, Mukesh Ambani’s net worth had risen to $ 100.6 billion according to Bloomberg News. Apart from Mukesh Ambani, we can now see who the other 10 people on this unique list of millionaires are.

Top 10 Millionaires in the World are 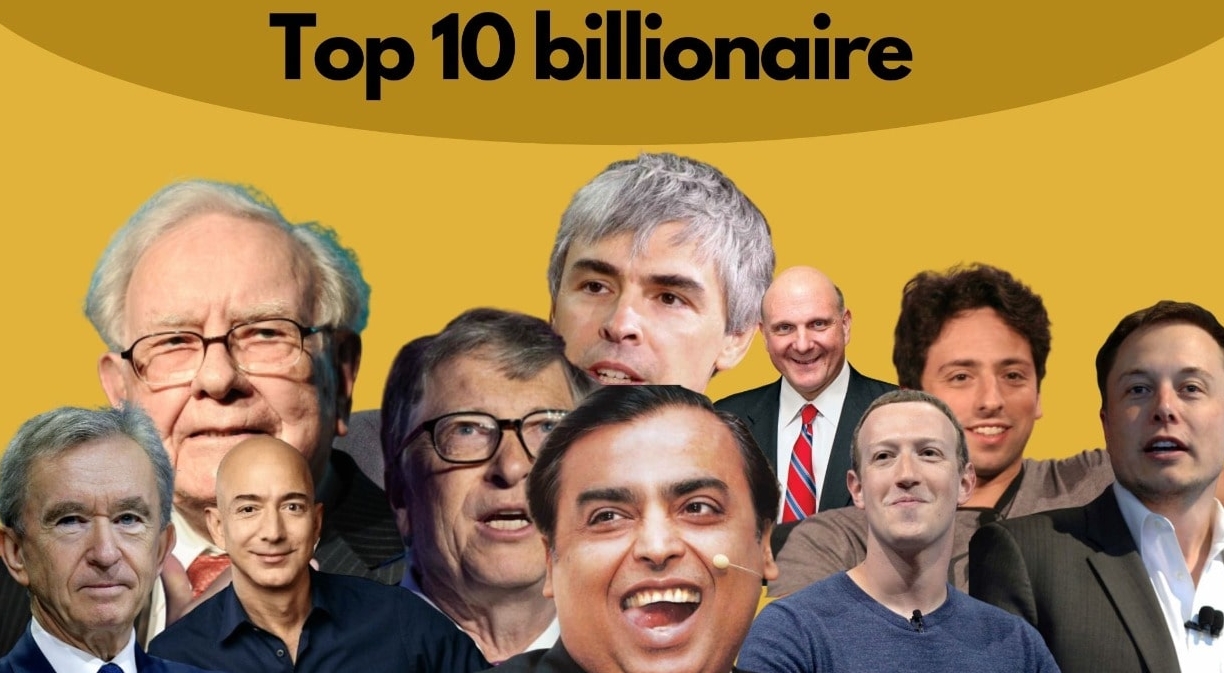 Elon Musk is one of the billionaires in the world with a net worth of over $ 200 billion. Elon Musk is the president of SpaceX, Tesla, Neuralink, OpenAI, The Boring Company, is the world’s number one billionaire. His net worth is $ 222.1 billion.

Jeff Bezos, the president of the famous Amazon company, is involved in many businesses. His net worth is $ 190.8 billion.

Bernard Annall is the most famous man in France. His LVMH Moët Hennessy – Louis Vuitton SE company is the pioneer of the world luxury goods trade. His net worth is $ 155.6 billion.

Bill Gates started the computer revolution in the world. For many years he was at the top of the list of world millionaires. Named the giver of donations despite being wealthy. One of the founders of Microsoft. His net worth is 127.9 billion.

Larry Page is the president of the world-famous Google company. His net worth is $ 124.5 billion.

One of the founders of Facebook and also owns WhatsApp and Instagram companies. Mark’s net worth is $ 123 billion.

He was Google co-founder with Larry Page. Until 2019 he was the head of Alphabet, the parent company of Google. Sergey Brin’s net worth is $ 115.2 billion.

Larry Ellison, one of the founders of the famous Oracle company in the United States, was a former executive of that company. Owner of Lanai, the 41st largest island in the Hawaiian Islands in the United States. The population of the island is 3000. His net worth is $ 103.6 billion.

Steve Palmer was the CEO of Microsoft from 2000 to 2014. He is the owner of the Los Angeles Clippers, the NBA’s basketball team. His net worth is $ 102 billion.

Warren Buffett is an American business genius, investor, and donor. He is president and CEO of Berkshire Hathaway. Named the best investor in the world. His net worth is currently $ 101.1 billion.