Union minister Harsh Vardhan and Ramesh Pokhriyal have resigned ahead of the cabinet reshuffle on Wednesday evening. The expanded Union cabinet is set to be sworn in the Rasshtrapathi Bhavan Durbar Hall at 6 pm with only 50 invitations issued for the Wednesday event amid Covid protocols. President House sources said the ceremony would be curtailed on account of the pandemic.

Including 11 women ministers, 43 ministers are taking oath around 6 pm. ‘Modi Team’ average age drops to 58. It includes bulk of doctors, lawyers and engineers 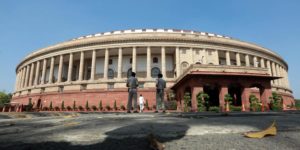 Reports are doing round that it would be the ‘youngest Cabinet’ in the history of Independent India. In the past month, PM Modi conducted several meetings with BJP president JP Nadda and union ministers, including Amit Shah, Rajnath Singh, Nitin Gadkari and several others.