July 20th recognizes National Lollipop Day as a way to celebrate this enduring and ever-popular treat. Ever delightful and sweet, lollipops have satisfied generations’ sweet tooths. and it’s possible they’ve been that for centuries. However, no one is sure how old the lollipop is. During prehistoric times, a form of lollipop may have preserved nuts and berries in honey. As sugar became plentiful. Lollipops appeared much later in 16th century Europe.

Even though the history of the first lollipops in the United States is unclear. They are thought to have been invented in the early or mid-19th century. According to the most popular theory, the modern version of the lollipop was invented by George Smith in the early 1900s. His lollipops were soft, rather than hard. He named them after Lolly Pop, a popular racehorse. 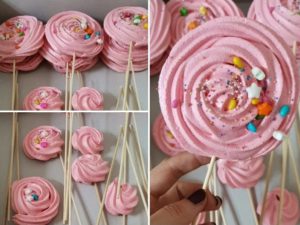 this is the way that we can celebrate National Lollipop day. “I want Lollipop! I want Lollipop”. Enjoy a lollipop today to celebrate. You can also explore the magic of candy making. Pick up a bagful and give them out to your friends, neighbors, and customers, too Give a shout out to your favorite Lollipop and candy shop using #nationalLollipopDay on social media.