Nenjam Marappathillai Review: After many obstacles, the movie by Selvaragavan has released in theaters across the world on 5th March 2021. A two-hours-twenty-two-minutes movie features SJ Suryah, Nandita Swetha, and Regina Cassandra in lead roles. The film produced by P Madan and Gitanjali Selvaraghavan under the banner Escape Artists Motion Pictures and GLO Studios respectively.

The film got released after almost five years, the booking reservations for the film are going strong. The fans are crazy about the movie because of the director and the actors. SJ Suryah has already impressed his fans with the ‘Nenjam Marappathillai’ promotional videos.

Yuvan and Selvaraghavan have reunited after eight years. Yuvan Shankar Raja has composed the music while Aravind Krishna is the cinematographer. This is the first time that director Selva touched this genre, Nenjam Marappathillai is the first horror film with a character that has some psychological issues. 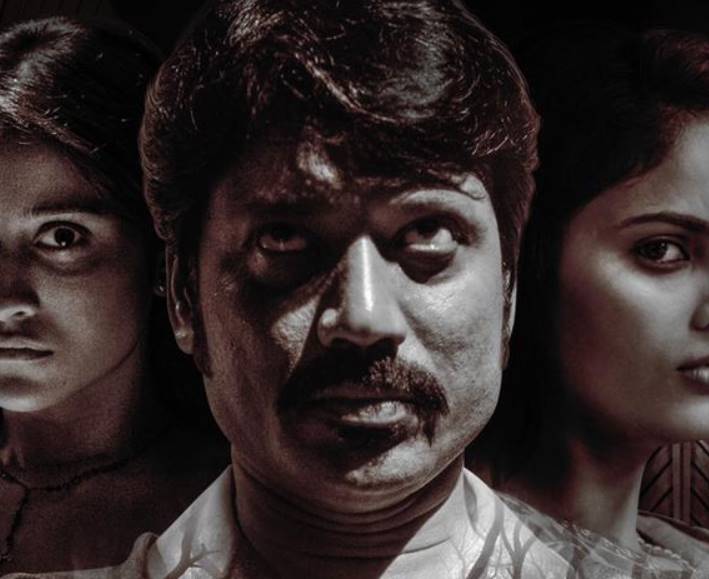 As Selvaraghavan has always given equal importance to his female leads. Here Nandita Swetha and Regina Cassandra are important as other characters. Regina plays a ghost in the film, and her role is said to shock audiences.

Even it is a late release almost five years later, it looks original though there are many horror films have released in-between years across the world in many languages. A never-seen-before horror movie by Selvaragavan again, it is Nenjam Marappathillai.

It is a Selva film, so you can see all emotions that we expect from the director usually. As early said the characters of women in the films are not just as showcase toys. The camera and music by Aravind Krishna and Yuvan played the main role.

As we all know that this is a horror film, so there is a clash between good and bad but in an unusual way. Let talk about SJ Suryah’s Ramasamy character; Ramsay is a man who likes to live for other people more than anyone else. The life after Mariam enters his house is the film.

Regina Cassandra as Mariam, who is the ghost in this film. It is a horror-based film, so you can expect all the elements that need such as jump scares, loud background score and others. But at the same time, you can witness the reality within the horror story. There is a separate track for comedy as other horror films.

Yuvan’s background score and songs are suits well. The song lyrics are also along with the script. The fans of this music composer and the director can get a complete pack for sure.

Aravind Krishna’s usage of the red and green themes for the good and bad looks fine to watch. Because of the roles of the lead characters as a major part, there is less scope for the supporting cast.

There are a lot of engagement factors from the first scene to the last. However, there are few flaws in mid. But it is the biggest treat for the fans of horror movies and Selvaragan.

Check a few audience responses about this movie here:

S Abishek Raaja: God Vs Evil portrayed in the craziest way possible. Not a comfortable watch, but that’s where the high is. Selvaraghavan has created a spooky, madcap film called Nenjam Marappathillai. Once in a lifetime role for Nandita Sweta.

Very few directors have the ability to articulate complex emotions with some style and flair. Nenjam Marappathillai is a world created by Selva Raghavan. SJ Suryah and Regina Cassandra holding it well. Crazy and trippy. Yuvan helping with the chills.

Actors are pushed to the maximum when it’s a Selva’s film. Regina aceing it like a champion. When SJ Suryah is being super animated on screen, she is normalizing it with her presence.

The result will be announced soon!