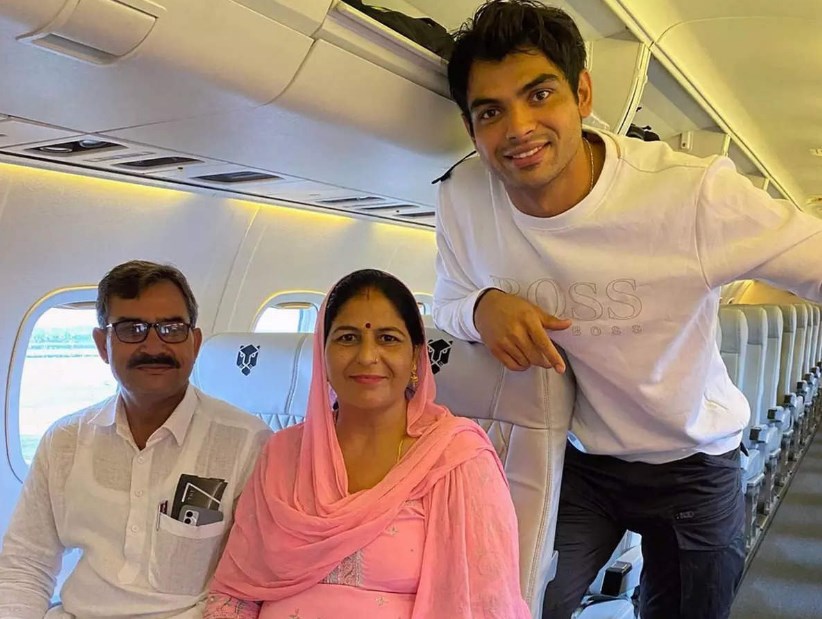 Neeraj fulfilled a “small dream” of his on Saturday as he took his parents on their first flight. The 23-year-old star Javelin thrower took to Twitter to share pictures in which he can be seen boarding a plane with his parents. ” A small dream of mine came true today as I was able to take my parents on their first flight,”. Neeraj captioned the images on Twitter. As Neeraj Chopra posted pictures, fans on social media came in numbers with heartwarming wishes for the star Indian athlete.