Parris Jeyaraj Movie Review: Actor Santhanam who turned into a hero from Comedian in Tamil Cinema Industry is one in the face of today’s release. A1 movie director Johnson’s Parris Jeyaraj has released today on 12th February 2021. From the first look poster, the role of Santhanam in this movie was revealed, he plays a gaana singer.

The trailer of Parris Jeyaraj was released a few weeks ago ahead of the movie release. The makers revealed in the trailer that this movie is filled with comedy entertainment. The first look poster itself Santhanam featured as he wielding a mike. After the success of the A1 movie, the director joins his hand again with the same actor.

Anaika Soti and Sastika Rajendran are the heroines of this Santhanam’s flick. Santosh Narayanan composed the music and Arthur A Wilson did his camera works as he is a cinematographer. This movie has produced under the production company of Lark Studios. 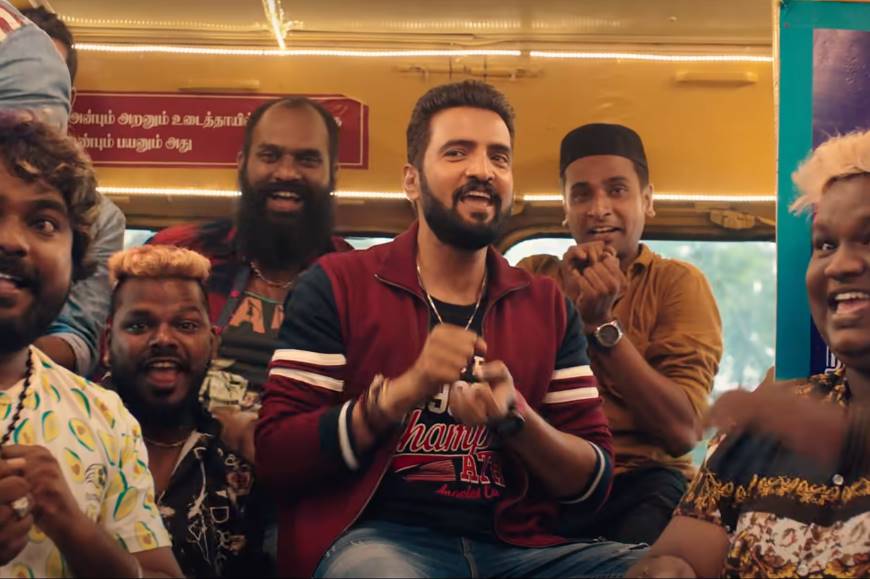 Director Johnson said in the New Indian Express interview as “Parris Jeyaraj is a comedy family drama film. It contains all kinds of stuff which people loved in the A1 movie.”

A small-time gaana singer Jeyaraj falls in love with Divya at an event at her college after his heartbreak. She is also in love failure who falls for him. They both face an issue from their respective fathers.

Prudhvi Raj and Divya’s family tried to separate them from the love relationship. At that time, Divya’s ex-boyfriend comes back for seeking an apology from her.

The story is will they get married or not?

As the confused father of Jeyaraj, Prudhvi Raj (Prakash Raj) role worked well in this film. The usual hero-heroine love track is available to watch without any changes.

Parris Jeyaraj movie rating is 2.5 out of 5 stars. The confusions and story are the pillars of the film. Though it is old-style, it still works here. Santhanam and Prudhvi Raj performances are engaging. Parris Jeyaraj movie is a watchable flick this weekend.

The status of the film will be given here based on the reviews of the public, critics and box office.

The audience response and review of critics will be here with the help of Tweets.

@FennecFlicks: Parris Jeyaraj 1st half – Barring one or 2 comedies & the intro song, everything is disappointing. Expecting a better second half.

Stay tuned for the latest update.