Atlee’s wife Priya has responded to Atlee’s haters on Instagram. Atlee is the leading director of the Tamil film industry. He is currently busy in post-production work of directing a film starring Shah Rukh Khan in Hindi. With this, he will make his debut in Hindi as well. Although the test shoot for the film is over, it looks like filming will start soon.

When it comes to social networking, there are always more haters than admirers for Atlee. Atlee has been consistently criticized for directing films with old film storylines. His wife Priya Atlee has recently responded to those who currently hate Atlee. 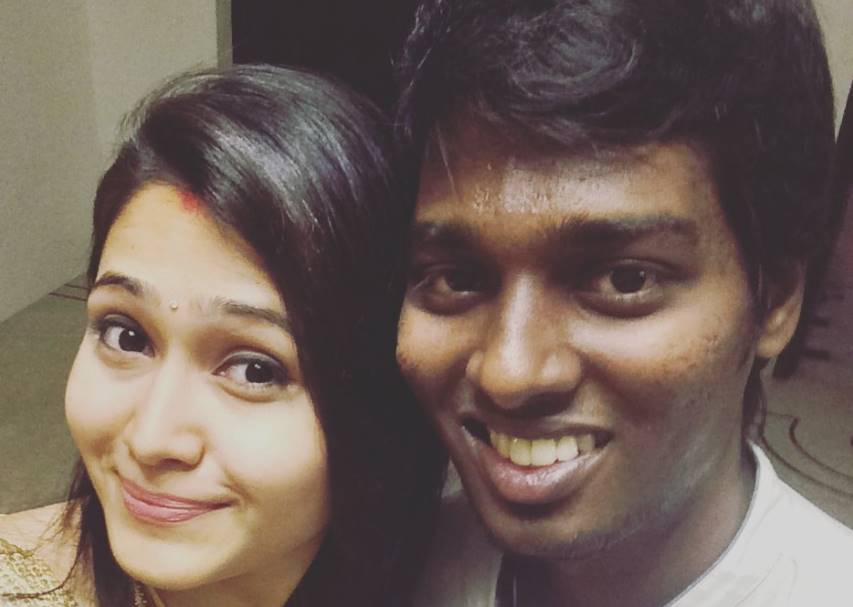 Priya Atlee was responding to questions from fans on Instagram. Then one of the fans asked, “One thing You want to say about you and Atlee haters” as a question. In response, Priya Atlee said, “Thanks for loving us even more spread love“.

Atlee made his directorial debut in Tamil cinema with Raja Rani, followed by Thalapathi Vijay’s Theri, Mersal and Bigil. Atlee, who made his debut as Shankar’s assistant director, is now making a name for himself as a successful director. 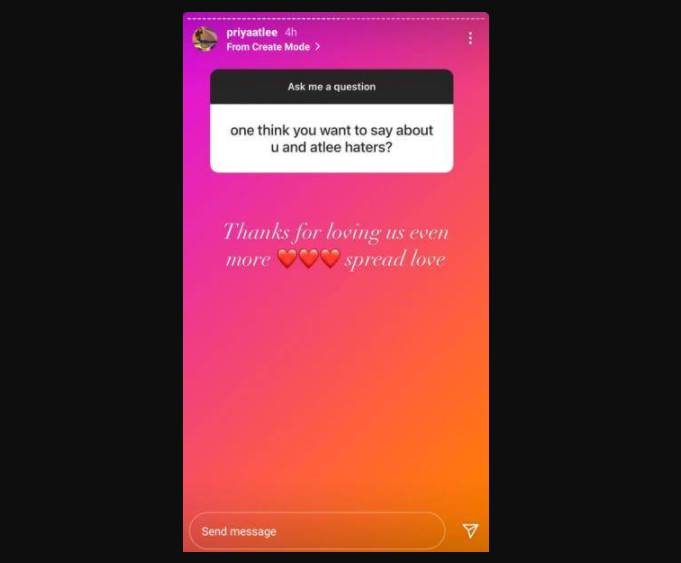