Mayur Shelke has been working as Points Man on Mumbai Central Railway. On April 17, while he was working at the Wangini railway station, a child picked up by a blind woman suddenly fell on the tracks. A short distance away an express train was speeding by. Mayur Shelke, who did not delay for a second, immediately ran fast and saved the child and defended himself. 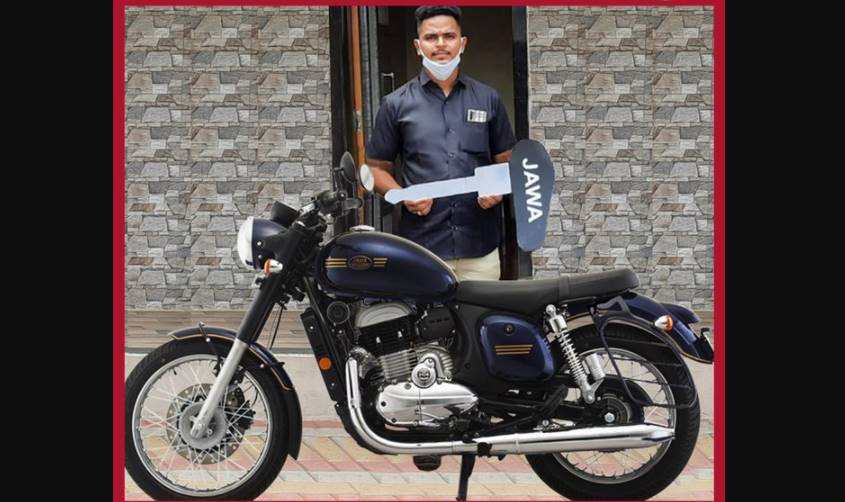 The venture, which risked his life, was revealed to the outside world on April 20 by CCTV footage posted there. The video went viral on the Internet, with many praising Mayur Shelke’s actions. Central Railway Minister Piyush Goyal also lauded Shelke’s heroic deed and the interest he showed in his work. Following this, Shelke was honored with an incentive of Rs 50,000 on behalf of the railways where he works.

Mayur Shelke once again proved his humanitarian work. That is, he announced that half of the 50,000 rupees given to him on behalf of the railways would be given to the family of the child who fell on the tracks and was saved.

We were honored to meet Pointsman #MayurShelke at his residence & hand over the Jawa forty two Golden Stripes Nebula Blue as appreciation for his selfless bravery as part of the #JawaHeroes initiative. More power to you Mayur & loads of respect from the Jawa family & #Kommuniti. pic.twitter.com/LalvesyOsL

His friendly act was well received all over India. In this case, the Jawa company has given Mayur Shelke a bullet as a gift in appreciation of his work. Jawa is proud of his courage. Anupam Tareja took to Twitter to say that the Jawa family owes a debt of gratitude to pointsman Mayur Shelke.