GP Muthu left the House: There are reports that GP Muthu has left the Bigg Boss show. It has been 13 days since Bigg Boss Season 6 started on Vijay TV. A total of 21 contestants are participating and playing this season. GP Muthu fans have been clamoring that he will win the title of Bigg Boss 6.

This time the program is being telecasted simultaneously on TV and Hotstar. This time Bigg Boss has brought many changes to make the show lively. The contestants are playing well against each other. On the other hand, fans started having an army a few weeks after the show starts.

But this time, the fan army was launched for the contestants on the show’s first two days. GP Muthu fan army is one of them. He has the most fans among the contestants who participated this season. In such a situation, reports are spreading on social media that he has left the Bigg Boss show on his own.

For the past few days, GP Muthu has said that his family is thinking about me so I thinking go home. He couldn’t concentrate on anything. He started lightly saying that I remember the people in my house. They reassured him that it was a normal occurrence. But day by day he said he could not sleep or eat properly and had to go home. 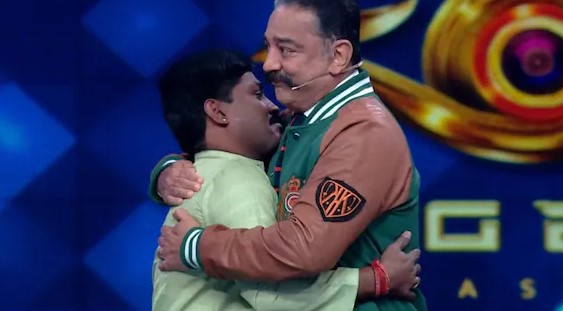 In such a condition, he left the Bigg Boss house today. Also, recently, a video of GP Muthu’s  with Bigg Boss in the passion room and the audio of Bigg Boss’s conversation when Vanitha left has gone viral. Although this video is fake, it is confirmed that GP Muthu has left the Bigg Boss show. Due to this, GB Muthu’s fans are deeply saddened.

There were many fans watching this season for GP Muthu. Now that he is out, GP Muthu Army has out, not to watch Bigg Boss anymore. At the same time, some people are criticizing GP Muthu saying that he came knowing that if he comes to Bigg Boss, he will have to stay apart from his family, and then why did he take this decision now.