South Indian Actress Sai Pallavi’s latest flick Anukoni Athidhi is a telugu version of  Malayalam movie Athiran. Along with the actress, the movie has Fahadh Faasil as male lead, Prakash Raj, Atul Kulkarni, Renji Panicker in other roles. Directed by Vivek, the background scored by Ghibran and the music scored by P.S.Jayhari. 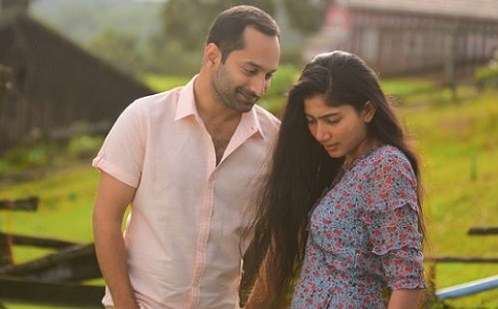 Anukoni Athidhi is a Psychological thriller movie. It roles on “A psychiatrist is assigned to inspect a mysterious mental asylum where he uncovers a shocking truth about the place”.

The movie was originally planned for theatrical release but delayed due to lockdown , the movie makers sold the rights to Aha. The malayalam version  was released on 12 April,2019 in theatres.  And the recent telugu version of the movie was released in Amazon Prime Video on Thursday 28 May, 2021.

On the day of OTT release, the movie is a huge hit. The fans comments are unexpected climax, twisted scenes, FaFa’ acting skills are awesome, Sai Pallavi’s facial expressions and body languages adding more value to the movie.

Also there are many other language movies which are on the OTT list are Malaysia to Amnesia, Lucifier Season 5 Part 2, Maharani, Cab stories and many.. So fans can relex themselves with many OTT releases.