A total of 67 people, including actor Vijay Sethupathi and director Vetrimaran, have written letters to MK Stalin, who is set to take over as Tamil Nadu chief minister.

The Tamil Nadu Assembly elections were held on April 6. The DMK, Congress and DMK allied parties, AIADMK, BJP and their allied parties, MNM, NTK and few other parties found the field. The counting of votes took place on the 2nd May. DMK won 159 seats and rules with a majority after 25 years. Despite 50 years in politics, MK Stalin is about to ascend the throne for the first time. Stalin will take incharge as Chief Minister of Tamil Nadu on Friday at 9 am. Following this, Tamil cinema celebrities have been meeting him and expressing their congratulations. 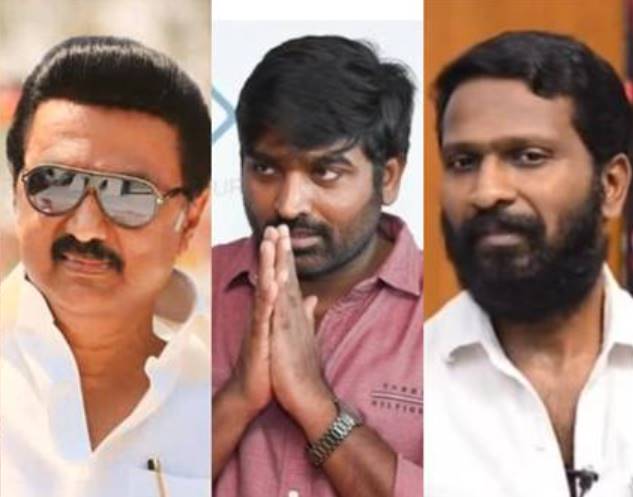 While congratulating, they are also requesting help for the paralyzed cinema industry. As per the report, there are 67 celebreties including Vijay Sethupathi and director Vetrimaran, have congratulated Stalin.

They also provided a letter with 14 requests. In that letter, they are asking for a solution to the problems including Sterlite, Koodankulam and Salem to Chennai eight lane roads. Stalin, who has been taking action on important issues without waiting to take incharge after the election, is expected to address these demands soon.