Vijay is said to be joining hands with Telugu director Vamsi Paidipally for ‘Thalapathy 66’. The film is to be produced by Dil Raju. Vamsi Padipally who is well-known for movies such as Thozha also said that the project will go on floors once Vijay completes shooting for the Nelson Dilipkumar Beast.

The beast team recently wrapped up a major schedule in Chennai. The film has music by popular composer Anirudh Ravichander and is produced by the production house Sun Pictures. Director Nelson Dhilipkumar is best known for his films such as Kolamaavu Kokila, with Nayanthara. 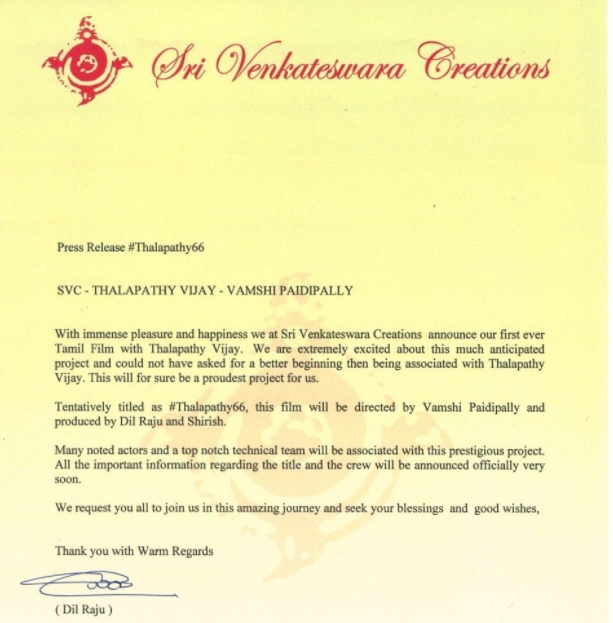 Vamsi Paidipally has confirmed the news to Telugu media, an official announcement regarding the movie will be made once the coronavirus-induced lockdown-like restrictions are lifted.

Thalapathy Vijay is all set to make his debut in Telugu. The film will be produced by Dil Raju and is said to be a Tamil-Telugu bilingual. There are also reports that he might team up with young director Desingh Periysamy for his next Thalapathy67.