Thalapathy 66 Director: Actor Vijay is in a shooting of the Beast Film. Beast First look, second look got released and gets a huge response from the fans. The film has been directed by Nelson and Sun Pictures Producing film. Vijay 66 Director announcement creating huge suspense among the fans.

There is information spreading on Social Media. Singer Krish wished the Telugu director Vamshi on behalf of his birthday and wishes him for his next project with Actor Vijay. All the Vijay Fans have been surprised by seeing the tweet. 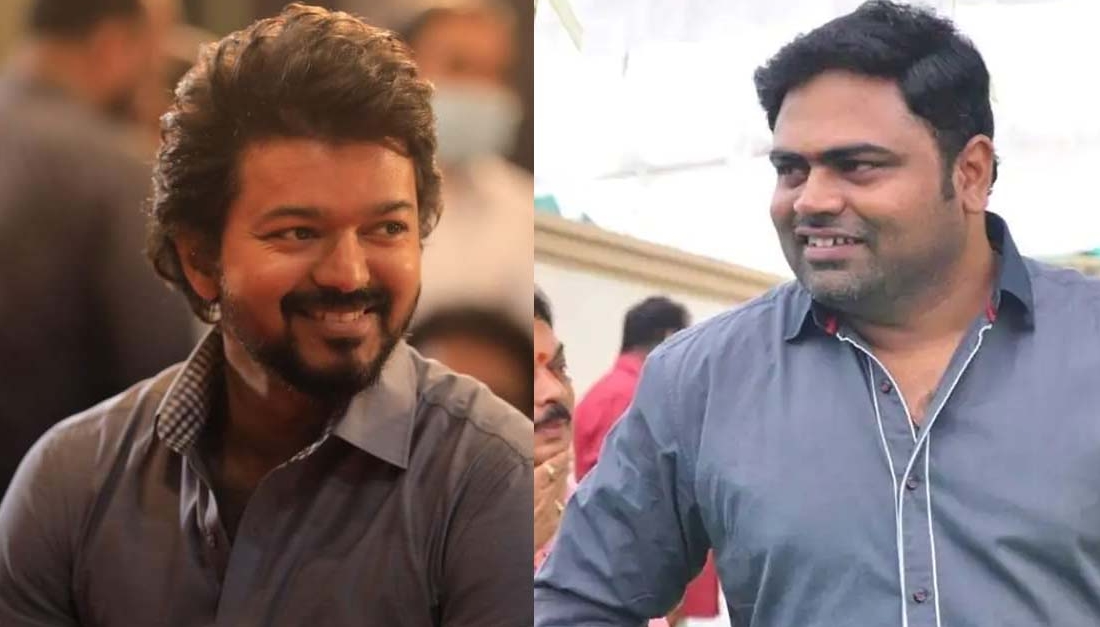 But there is no official confirmation from the team. Fans are eagerly waiting for the official information from the team. Vamshi announced the same recently while addressing the Telugu media representatives. Fans are on Beast Mode after hearing the news. The film is to be produced by Dil Raju. There is a rumor also spreading that Actress Rashmika Mandhana also joining this film.

Vamsi Padipally is well-known for movies such as Thozha and Oopiri. The project will go on floors once Vijay completes shooting for the Nelson Dilipkumar directorial Beast.

In a social media post wishing director Vamshi Paidipally, Singer Krish posted, “Happy Happy Birthday to One of My Favorite Person & Director @directorvamshi Have an Amazing Year ahead my friend. Waiting & Best wishes for your next with @actorvijay Anna…” 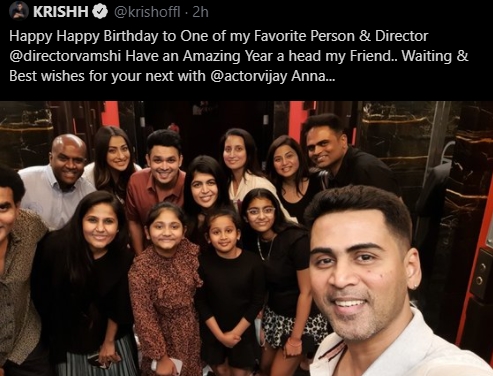 But Krish deleted his tweet from Twitter. but the screenshot of the tweet going viral on social media. We wait for the official update from the team and Producer about Thalapathy 66 announcement.