Whats cooking in Beast shooting spot? is the question in everyone’s eye. The Beast team is shooting its part in Chennai outskirt Sree Gokulam Studios. Surprisingly, our former captain MS Dhoni also landed nearby for an advertisement shooting.  Initially the two giants took time to exchange their notes with each other. 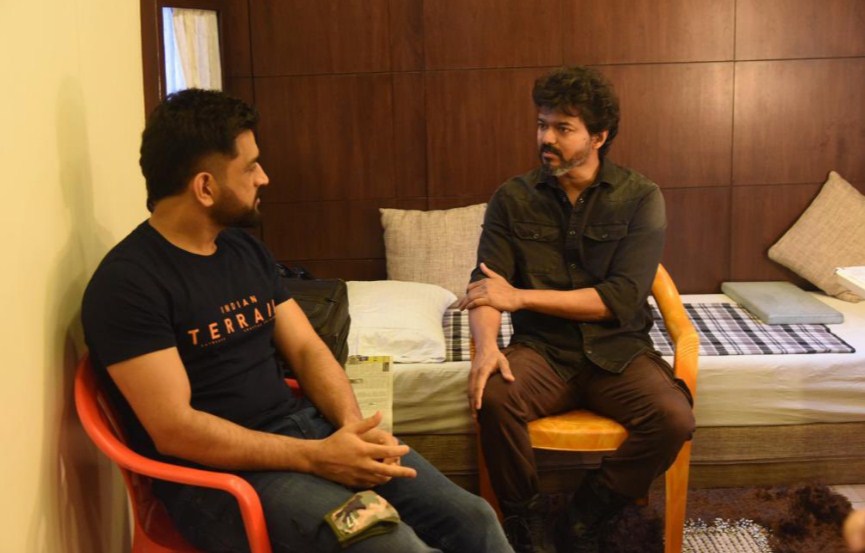 Then Thalapathy Vijay took Thala Dhoni to his caravan for his chat.  After sometime, the team Beast took photos with the tow giants. The stills are going viral in social media.

Meanwhile, there are rumours that CSK captain will give cameo appearance in Vijay’s Beast. 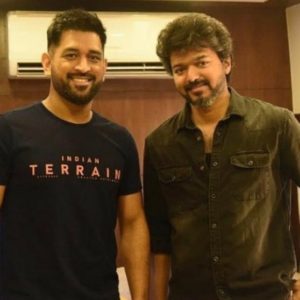 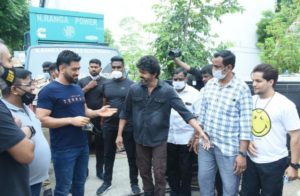