Social MEdia is the best platform for trending the news and sharing the news. Today the whole Social media is about the pic of Thalapathy Vijay and Thala Dhoni. Kollywood Superstar Vijay met a former Indian captain Dhoni today.

Vijay is shooting for his film Beast in Gokulam Studios. Dhoni has been shooting for television commercials for the past few days. When the two stars came to know that they were in the same studio, they decided to meet each other.

Vijay was announced as the brand ambassador of Chennai Super Kings for the inaugural season of IPL in 2008. Two of the most popular and loved celebrities in India had a brief chat in Vijay’s van before the actor walked with Dhoni towards the latter’s van. 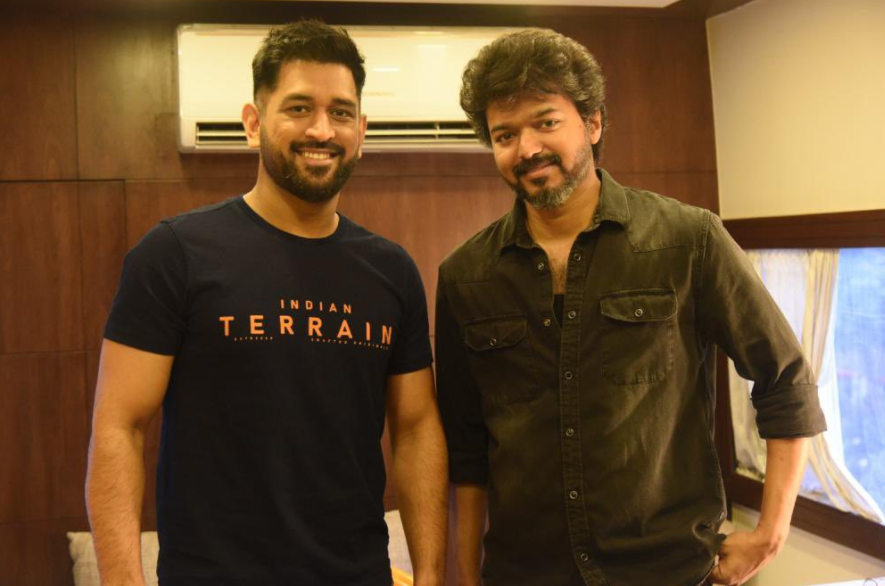 As soon as the pictures of the meeting surfaced on social media, they spread like a wildfire. Some are calling it the ‘pic of the day. These pictures are ruling social media.