Thiruchitrambalam Movie Review – Thiruchitrambalam is an Indian Tamil-language musical family drama film directed by Mithran R Jawahar. The film is produced by Kalanithi Maran under the banner of Sun Pictures. After getting positive reviews, collection of the movie is simultaneously increasing.

Dhanush is playing a lead role in this film with three female lead stars – Rashi Kanna, Nithya Menon, and Priya Bhavani Shankar. Anirudh is composing the background score and songs for the film. Dhanush and Anirudh joined together after a long time. 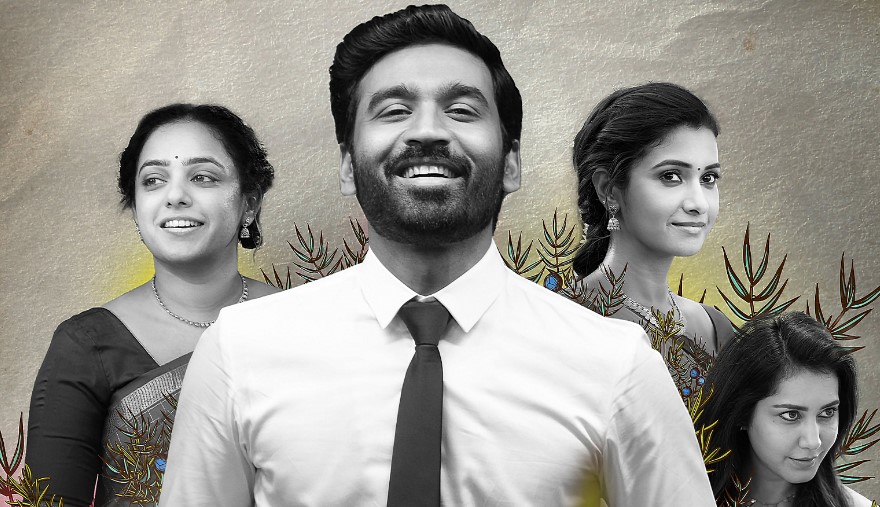 The film has been released all over the world and received positive reviews from the audience. The trailer of the movie was released and it increased expectations of the film. Dhanush will act as Thiruchitrambalam in the movie and Nithya Menon will be his best friend. Director Bharathi Raja will act as Dhanush’s grandfather and Prakash Raj as father.

Watched #Thiruchitrambalam ! What a lovely film. It's been a while since I have watched such a feel good film. Remarkable performances by @offBharathiraja sir @prakashraaj sir @MenenNithya and @dhanushkraja Scintillating music by @anirudhofficial is a vibe of its own!

#Thiruchitrambalam [3.25/5] : @anirudhofficial songs and BGM are apt for the movie..

Writer/Dir @MithranRJawahar has taken a simple story and made it interesting and entertaining with realistic situations..

#Thiruchitrambalam – ⭐️⭐️⭐️1/2, everything about this film will touch your heart&make you feel good! Lifetime role for @MenenNithya , she is a delight to watch, one of the best written roles for a mainstream female actresses in Tamil. Kudos @dhanushkraja for… to be continued