Paramapadham Vilayattu is an upcoming tamil movie directed by Thirugnanam. The movie was originally scheduled to release on Feb 28,2021. But due to some unknown reason it was postponed and later announced as OTT release. It was Disney+HotstarVIP took the OTT rights of the movie next to the Arya’s Teddy movie.

The movie is bascically political thriller drama where this will be Trisha’s 60th film. Trisha in lead role as Dr. Gayathri who tries to find the conspiracy behind the murder of local political leader.Paramapadham Vilayattu staring Trisha as Dr. Gayathri, Nadha, Richard Rishi, Deepa Shankar and many others.

Whereas the music of this movie scored by Amresh Ganeshan and the project was rolled under the banner of 24Hrs Productions. 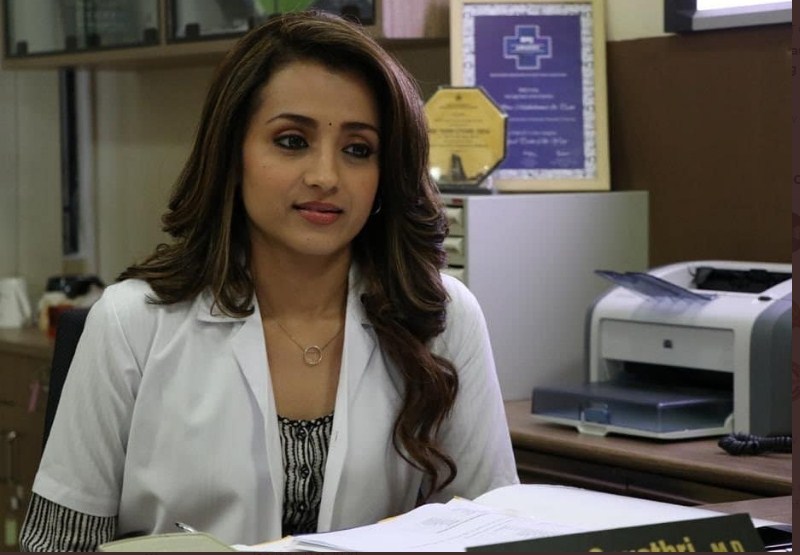 Finally the movie is all set to release on OTT platform Disney+HotstarVIP on April 14,2021 on coinciding with Tamil New Year (Puthandu).  The moviemakers tweeted on the OTT release of the movie saying Just few hours to go..

Its official that Paramapadham Vilayattu will be released in 3 Languages Tamil, Telugu, Malayalam.

Hurrah! The Movie will be available in 3 languages: Tamil, Telugu, Malayalam ?