The second song from Valimai is out today. As the song’s promo released previously which is about mother’s love is sung by Sid Sriram and Vignesh Shivan written it.

The promo features the line “Naan Paartha Muthal Mugam Nee… Naan Ketta Mudhal Kural Nee” at the beginning. Sumithra is playing the role of Ajith’s mother. Huma Qureshi, Karthikeya and Yogi Babu are the co-stars of the film. 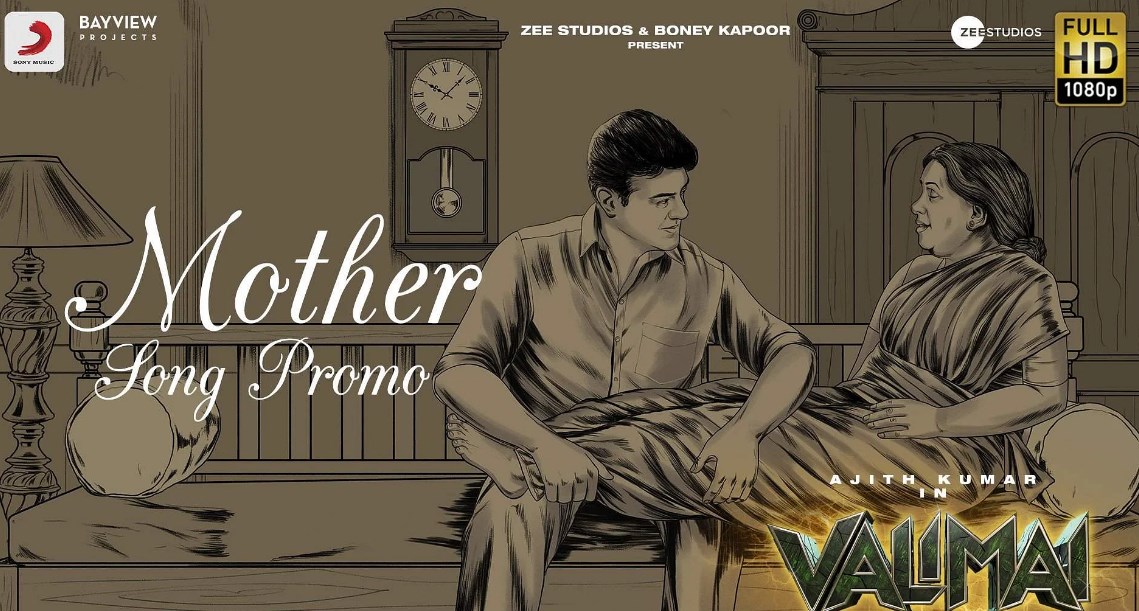 As the makers released the promo of the song already they are releasing the whole song today which written by Vignesh Shivan, music composed by Yuvan Shankar Raja, and sung by Sid Sriram.

The film produced by Boney Kapoor and directed by H.Vinod is going to be release on Pongal 2022.

The team is planning to begin the first day first show at 1 am and for the multiple shows throughout the opening day.

Here is the valimai second single, Mother song  which is about mother’s love, affection and her sacrifice for her kids.

Download All of Us Are Dead Series leaked on Piracy Sites