Thalapathy 66 update: Actor Vijay is currently starring in Nelson’s Beast after the blockbuster Master. The film stars Pooja Hegde opposite Vijay. The first phase of the film has been completed in Georgia and the next phase is currently underway in Chennai.

In this situation, the latest update regarding the Thalapathy 66 movie starring actor Vijay has been leaked. It has been reported that famous Telugu director Vamshi Paidipally will direct Thalapathy 66. 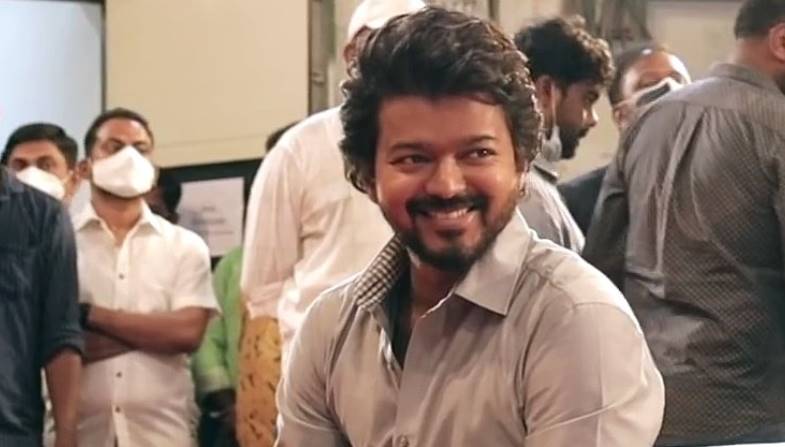 Yesterday Vamshi Paidipally celebrated its 42nd birthday. Fans and celebrities were congratulated him. Singer Krish has now confirmed this information in his tweet as it was earlier rumored that he will be teaming up with Vijay for the film ‘Thalapathy 66‘. However, no official announcement has been made yet. 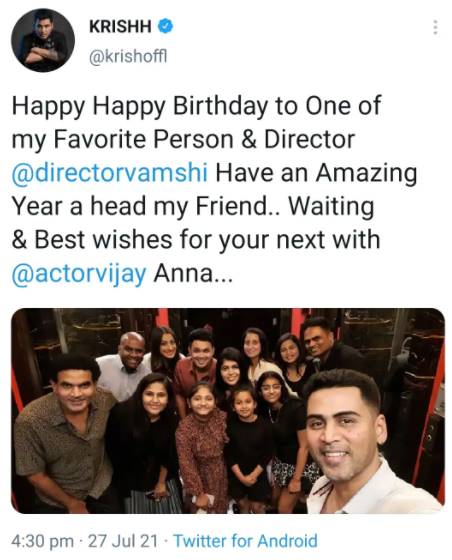 Thalapathy 66 is said to be produced by renowned Telugu producer Dil Raju. It has also been reported that the film will be shot live in 5 languages ​​(Tamil, Telugu, Hindi, Kannada, Malayalam). Meanwhile, singer Krish has deleted this tweet but its screenshot is crawling on social media.