Vikram Movie Update: Kamal Haasan’s Vikram is one of the most anticipated films among fans. Following the success of the Master film, the anticipation has been high as the film will be directed by Lokesh Kanagaraj. This is the 232nd film for actor Kamal Haasan in his cinema career. Anirudh is set to compose music for the film.

The first look poster of the film directed by Lokesh Kanagaraj has been released recently and has been very well received by the fans. The thing that surprised the fans in the Vikram poster is that actor Vijay Sethupathi is starring in the film. It was also revealed through this poster that Malayalam actor Fahad Fazil is also playing in the film. 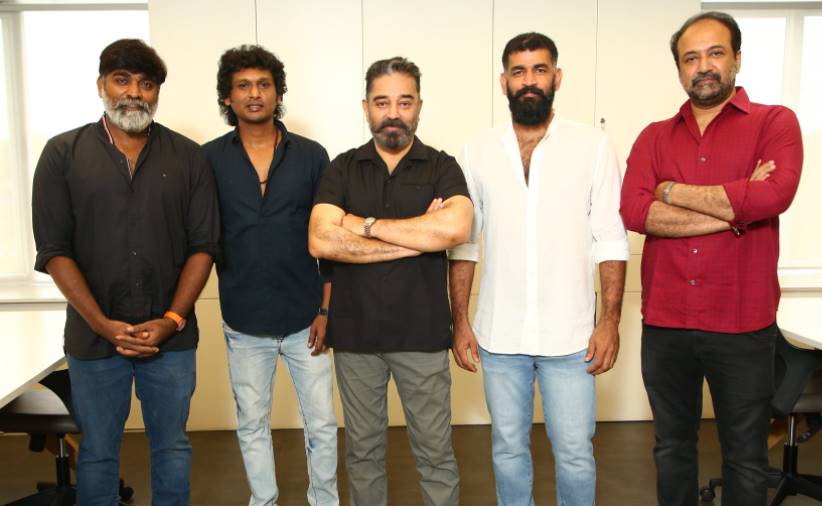 Meanwhile, it has been reported that there is still talk of 2, 3 villain characters in the film. Filming for the film, which was postponed due to corona spread, is currently underway. The first-day scene features scenes starring Kamal Haasan and Vijay Sethupathi as per the sources.

The production company, Raaj Kamal Films International has released few photos of the first-day shoot of the film.